The injury-hampered, underdogs of Dallas travel to the MetLife this week to take on the New York “Football” Giants. The Cowboys will be well rested but it looks like they will be without the services of WR Dez Bryant for another week and QB Tony Romo for a bit longer. Matt Cassel is now the helmsman for the Cowboys and we’ll see if Joseph Randle will start the game as the featured RB. Good news for the Cowboys, Randy Gregory will be back in the fold and the d-line should be able to get to Giants QB Eli Manning to disrupt their passing game. It’ll be a close game, probably coming down to a field goal at the end.

Who do the Cowboys need to shut down?
WR Odell Beckham Jr. – Maybe the Cowboys won’t have to face Beckham, because he’s not practicing because a hamstring injury. It would be a sweet bit of timely opponent injury. Odell Beckham Jr. might be starting to get “Maddened” for his efforts. Beckham was questionable for the Monday night game last week and played, so I wouldn’t assume he’s going to miss this game either, but not practicing isn’t great for the Giants. Everyone knows that Eli Manning will force feed a particular receiver, and he loves to get Beckham his touches. The Cowboys defensive backs can get the Giants receivers into some negative situations if the Cowboys pass rush can get after Eli. Beckham, if he plays, will probably be looking around for #27, because J.J. Wilcox is probably going to do something reckless towards Beckham.

Who on the Cowboys, needs to step up?
QB Matt Cassel – So, it’s now, the king of the castle, Matt Cassel. Is it a good thing? Is it going to get any different results? Well, I wouldn’t expect him to come in and be a revelation, but the fans are going to be happy, because he isn’t Brandon Weeden. Weeden puked on the fans’ floor and probably won’t be given another chance to start in the league. Cassel had his own franchise, and now has been passed around like a bottle of liquor at a campfire. If the result is the same, a loss, will it really matter if Cassel plays stronger than Weeden? That’s the Weeden defense, but I’d say there is a difference. Going down swinging beats striking out looking, and that’s likely Cassel’s mindset coming in. I doubt he pays attention to feedback of fans, but I’m sure he’s seen the game film and seen a bone with a lot of meat on it.

Which group will give the Cowboys fits?
The Giants’ Secondary – The Giants secondary isn’t great, most wouldn’t call it even good, but they took it to the Cowboys in Week 1, forcing turnovers all over the field. The Giants secondary picked off Sam Bradford three times to keep the game from getting completely embarrassing for the Giants. That leaves Matt Cassel throwing at Terrence Williams, Devin Street, and Cole Beasley. Cassel did get Dwayne Bowe paid, so he can turn a frown upside-down, but it’s going to be a hell of a battle.

Which group will give the Giants fits?
The Cowboys’ Pass Rush – The Eagles decided to let Eli stand in the pocket and try and take on seven defenders in coverage, and challenge the Giants o-line to block four rushing linemen. That didn’t work out well for Eli Manning. The Eagles only tabbed three total sacks, but the pressure truly got to Eli. The Cowboys are Greg Hardy strong, and are adding their rookie who looked dominant against these same Giants, Randy Gregory. The vision of #Sackscoming is now going to be on the field, for the first time where it actually matters.

What will it take for the Cowboys to win?
With the Cowboys coming off of their bye week, with a new quarterback, new pieces all over the board, the Giants look like the ideal team for Dallas to be facing off against. The Giants couldn’t protect Eli Manning very well at all, nor could they get anything established in the ground game. The Cowboys could have a great game if they get after Eli, and take advantage when the ball is in the air, something seriously lacking through the last three games. Simply, if there is a hole, plug it. Don’t allow a bonus ten yard rush, just make the tackles on defense. On offense, keep it simple for Cassel, run the ball, and get back to .500. This game is a crossroads for the Cowboys, if they win, there is still a ray of sunshiny hope for this season. If they lose, this team needs to start thinking April and the NFL Draft.

For some additional insight, we recommend this link. 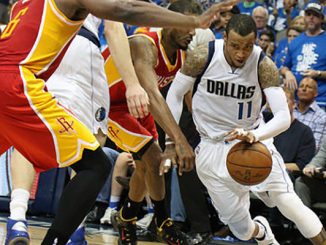 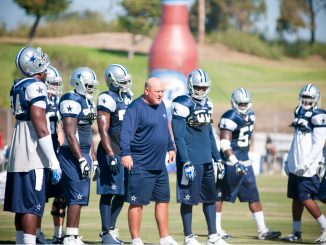