There’s so much cheating in sports today, that if you were watching it wouldn’t bother you. Some of the most successful teams cheat. They cheat physically, strategically and blatantly. Look, cheating is in every sport, in every country on every level.

I’m breaking down football and baseball respectively. The NFL on Monday suspended Super Bowl MVP Tom Brady for the first four games of the upcoming season for his role in a scheme to deflate footballs used in the AFC title game. The league also fined the Patriots $1 million and took away two draft picks, including next year’s first-round choice. Here is an excerpt from a letter sent by NFL Executive President Troy Vincent.

From Vincent’s letter to Brady
“With respect to your particular involvement, the report established that there is substantial and credible evidence to conclude you were at least generally aware of the actions of the Patriots’ employees involved in the deflation of the footballs and that it was unlikely that their actions were done without your knowledge. Moreover, the report documents your failure to co-operate fully and candidly with the investigation, including by refusing to produce any relevant electronic evidence (emails, texts, etc.), despite being offered extraordinary safeguards by the investigators to protect unrelated personal information, and by providing testimony that the report concludes was not plausible and contradicted by other evidence.”

Now, in recent years the NFL has caught the New England Patriots filming practices, tampering with opposing players and purchasing play books. The die-hard Patriots fans don’t and won’t believe that their beloved Patriots would cheat because they are so good. As a former player, these recent findings makes their championship trophies tainted.

Now to the MLB
My initial reaction to players testing positive for steroids was to ban them all from the game. For one, it would eliminate steroids from baseball without delay. And who were these players to gain an unfair advantage and sacrifice the integrity of the game? However the more I thought about it, the more unfair banishment seemed…by baseball’s standards at least. After all, these players were merely continuing a long standing tradition within the game of baseball – cheating.

Cheating in baseball has existed as long as the game itself. From spiking opposing players to stealing signs, doctoring balls and corking bats, cheating has become a part of the game. And it is entirely acceptable, as long as you don’t get caught. Often times, opposing teams do not know it is occurring (see the 1951 New York Giants). Other times, everyone knows it is going on, but are unable to prove it (see Gaylord Perry in the 1970s). There are also many incidences where everyone is clueless until the evidence shatters directly in front of them (see anyone who has ever been caught corking a bat e.g. Sammy Sosa).

However, any way that you look at it, it’s cheating. And it sucks. Home run hitting machines Barry Bonds, Sammy Sosa and Mark McGwire became the poster children for banning such cheating. Alex Rodriguez formerly of the Texas Rangers and current New York Yankee was suspended for the entire 2014 season on findings that he cheated. Here’s my take on the athletes using steroids. Let’s say Randy Johnson pitches 92 to 95 MPH on average. He’s facing Barry Bonds in the middle of the lineup. The count is 3 and 2 on Bonds. Now, once Bonds makes contact he can hit a home run. If Bonds doesn’t make contact on a strikeout pitch, then he’s out. Look, the key to hitting home runs for Barry Bonds or Barry Smith is contact. Randy Johnson is throwing the baseball at his usual speed. The ball is coming at both players at the same speed. Steroids’ do not, and I repeat do not slow that baseball down. 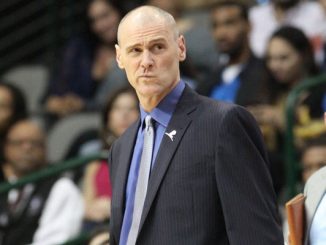 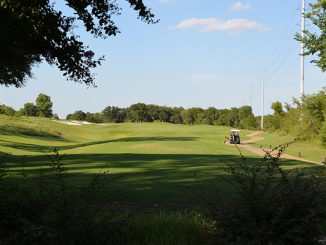 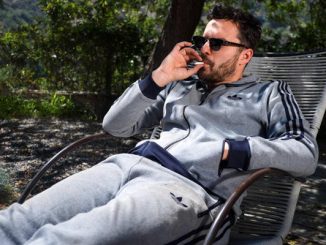