The Rangers season began in Kansas City. It could not have started any better, with 5 quick runs at the beginning of the game. Unfortunately for them, Kyle Gibson only got one out and the game was 5-5 after the 1st inning. The game descended into a bloodbath and the Rangers were beaten 14-10. David Dahl, Isaiah Kiner-Falefa, and Nate Lowe looked great in the loss.

Game 2 of the series was another browbeating. Japanese import Kohei Arihara looked like many imports from Japan do: like they are surprised when their mediocre stuff does not fool big leaguers. Gallo and Nate Lowe looked good in this boring affair. Loss 11-4.

Game 3 of the series proved to be different because the Rangers actually got some good pitching. Jordan Lyles went 5.2 strong innings. IKF had 3 hits and RBI. Nate Lowe had 3 RBI. Rangers Win 7-3.

The Rangers Home Opener was truly something to behold. The stadium was packed to the gills with happy baseball fans. The new stadium, which was supposed to debut last season, debuted this season to the delight of Texans everywhere. Never have I been to a baseball game and seen so few fans of the opposing team. Which makes sense, with Canada’s insane lockdown rules. There was also a sense of happiness that went well beyond normal Opening Day excitement. People were obviously remembering what life was like before the CDC became the arbiter of every aspect of their existence.

The Rangers Home Opener was muddied by pathetic political virtue signalling. The genesis of the problem is absurd. Black players were upset about a Georgia law that required ID to be presented to vote. They acted as though they might boycott the All Star game over this. Rob Manfred, in an attempt to grovel to these players, took the All Star game out of Atlanta and moved it to Colorado; rewarding an organization that is blatantly tanking.

Texas Governor Greg Abbott, who was supposed to throw out the first pitch at the Ranger game, decided not to do so. This bizarre act of political virtue signalling is loathsome because it does not prove anything or further discourse. Abbott could have made an intelligent political statement by pointing out the hypocrisy of the Mets demanding extensive vaccine passports to attend games, and how that was obviously so much more invasive than showing an ID to vote.

You have to show an ID to do damn near anything in this country. The assertion that showing an ID to vote is “prejudiced” or “racist” as many MLB athletes have said, is absurd. If one does not have the agency or intelligence to register to vote or have a photo ID, their political opinion is not worth listening to. It was truly contemptible to see political crudgels threaten to abstain from an All Star Game because their job as crudgels became more difficult than they had agency for. Abbott and Manfred are two sides of the same, spineless coin. They are both gifters unwilling to address any issue in a truthful manner.

In lieu of an Abbott first pitch, the Rangers put on a disgusting, tepid display that was the lone stain on an otherwise electric pre-game ceremony. Fitting with the theme of insipid virtue signalling, the Rangers elected to have 3 random women “throw out the first pitch.”

This equated to one morbidly obese woman rolling around on her scooter near the third base line, as well as a teacher and another equally unathetlic female private citizen toss a ball 5 feet. The scooter roaring its approval in the background, Rangers fans were left to wonder why Mark McLemore or Fergie Jenkins, who were both in attendance, did not throw out the first pitch on such a big occasion. I can understand why they could not get George W Bush on such short notice, but why taint a massive moment in park history with such pathetic, political lowbrow signalling. The two women managed to cobble together more quality pitches than Kyle “Ace” Gibson in his Opening Day start in Kansas City, at least.

Patriotism was at an all time high, as was virus fatigue, as the national anthem was belted out with the most patriotism I have ever heard at a sporting event. There was something special about the atmosphere in the park. A collective sense of anxiety being ebbed away. The state-mandated stir craziness swilled away by one cool drink of beer at the ballpark. This was an important event in baseball history, as well as within the context of CoronaVirus recovery. The All American, full capacity fly over stands in stark contrast to the Opening at Citi Field, where fans pumped full of the latest vaccine emerge from the Number 7 train to continue to feel uncomfortable.

The Rangers lost the Home Opener after Mike Foltynewicz was roughed up. The stadium feels cavernous and lacks the old flavor of the old ballpark. It feels sort of sterile and the food options seem significantly weaker. This comes with the stunning revelation that the best thing at the ballpark, The Garlic Fries, are gone. Hopefully this heinous act can be corrected.

Game 2- Dane Dunning AKA Dane Stunning was exceptional in his start in game 2. He went 5 crisp innings, allowing 1 run. Nate Lowe continued to hit well and the Rangers got out to an early 6-1 lead they never gave up. Win 7-4.

Game 3- Jays ace Hun-Jin Ryu started the rubber match and was exceptional. He gave up 2 runs in 7 innings, including a solo shot from Nick Solak. Kyle “Ace” Gibson made up for Opening Day and outdueled Ryu. He went 6 innings of razor sharp ball. Win 2-1.

The Rangers will take on the Padres next. 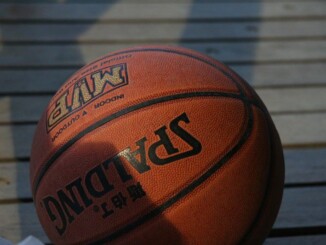 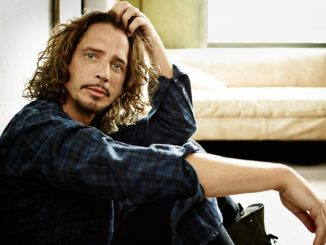 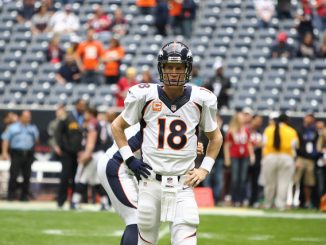