The Dallas Cowboys went to the nation’s capital on a mission to beat their arch-rival, the Washington Redskins to keep their playoff hopes alive. After losing Romo to another broken collarbone on Thanksgiving day against Carolina, it was up to Matt Cassel to lead Dallas to a win. Dallas emerged victorious. This was a special win for Jason Witten since he recorded his 1,000th catch and he is now only the second Tight End in NFL history with 1,000 catches.

My thoughts on the Cowboys performance
Offense: Matt Cassel started off very poorly but slowly got better. He finished with over 200 yards threw the air with no touchdowns or interceptions. Dez Bryant and Terrance Williams had a combined five catches for over 120 yards. Jason Witten had five catches for 45 yards, and as indicated earlier, he had the most important catch of his career. Devin Street had an 18-yard catch for a first down, but he ended up fumbling the ball. Unfortunately, Cole Beasley didn’t have a catch in this game. The running game was not too hot. Darren McFadden finished with 14 carries for only 53 yards and fumbled twice. Lucky Whitehead on two sweep plays ran for 35 yards on the ground, which was good to see. Offense had a over 300 yards total.  Despite the three fumbles, they stayed focus and didn’t let their emotions get the best of them, so the offense deserves a B.

Defense: Amazing. I believe the defense had their best performance this season. They got three sacks and they always made stops. At the end of the game they did allow the Redskins to tie the game. However that was not entirely on them because of a penalty on special teams which allowed Washington to have good field position, but they still could have forced a stop. The defense again failed to force a turnover, but they played well the entire game. They limited the dangerous Washington running attack to 26 yards, and they allowed 219 yards through the air. Despite not forcing any turnovers, they made many great stops and for the first time in a while, they sacked the quarterback three times. They allowed only 245 yards of total offense. So I would give the defense a B+.

Special Teams: I don’t even know where to begin. Dan Bailey went 4/4 including the game-winning field goal from 54 yards with fourteen seconds left in regulation. Chris Jones punted four times for a over 160 yards, and even recovered a fumble. There were several penalties on special teams, including the one that set up the Redskins game-tying touchdown. Lucky Whitehead returned two kickoffs for Dallas for a total of 70 yards, with one of them giving the Cowboys good field position to take the lead. Whitehead also had three punt returns for 31 yards with his longest being a 16-yard return. Since special teams made a magical play by forcing DeSean Jackson to not only run backwards during a punt return, but they made him cough up the ball. They did struggled a little on defending kick returns as they allowed 125 yards. Special Teams would recieve an A-.

This win gives the Cowboys a bit of confidence. They’re only one game out of first place, but this Sunday, they travel to Lambeau field to take on the Green Bay Packers. They must find a way to do the near impossible and defeat the Packers. Defense needs to be ready to take on a tough Packer offense. They must sack Aaron Rodgers and force turnovers, and the offense needs to avoid committing turnovers if they’re going to win this game. 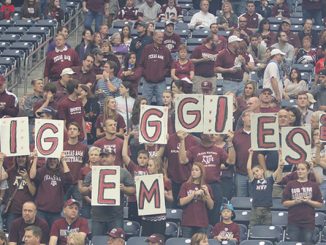