The draft is well over and the dust has settled. Another crop of future stars, starters, and role players to join America’s Team. But this offseason has seen the return of a priority Jerry Jones team-building technique, talent over character.

Now, with Jason Garrett being the head coach, the character won’t be too far out there that they can’t be reeled back in, but this offseason has some examples of some character-flawed or guys who’ve been mixed up in some morally questionable activities that were just too good to pass up. Starting with Greg Hardy, a guy wrapped up in a bad domestic violence case, who will be appealing his ten game suspension on May 28th in an attempt to reduce that number down to hopefully get in at least half of the season.

Then there’s draft day two steal, Randy Gregory, who failed a drug test at the scouting combine for marijuana. The moment that Darren Woodson said his name in Chicago, I felt that what he said was just simple enough to sum it up in that moment, “Great Pick”. Gregory said all the right things on stage in Chicago when being interviewed, has said all the right team things first, high character things since being selected at 60th overall, even slapped on a big-ass Cowboys tattoo, even before he’s signed his rookie contract. I’ll believe what Coach Garrett said about Gregory being made of high character stuff, who just had a lapse in judgement. And if Gregory can be the talent that his, well, talent has shown he can be, Greg Hardy might just be a one year Cowboy.

The latest, and perhaps potentially the most powerful move of the offseason, the Cowboys signed former LSU offensive lineman La’el Collins to a fully guaranteed three year, 1.7 million dollar contract. Now, Collins, pre-draft was in a ton of expert’s top-15 players available, some projecting him as high as the first offensive lineman taken on Thursday. When word came down that police wanted to ask him some questions regarding the death of his ex-girlfriend, even then, those questions weren’t because he was a suspect. Once beyond the questioning in Baton Rouge, Collins was visited by Rex Ryan, head coach of the Buffalo Bills for a dinner, but what Rex could do in Louisiana, Jerry Jones, well, he can do more in Dallas, to put lightly. Reported, was that Jerry Jones had most, if not all, of the current offensive line and Tony Romo over for this dinner, which also had Collins’ mother. Whatever was spoken, sunk in with the talent-laden Tiger, as he signed his three year deal the next morning, the ol’ snake oiler strikes again, this time, he landed a first round pick with nothing but his home, his words, and his team on the field. That’s classic Jerry.

Now, for the on-field stuff going forward, because I’ll assume the roster moves are done. Greg Hardy, when available, is a starting defensive end for this team, no offense to the rest of the team, but the moves that Hardy brings to the field is just more diverse than the young bucks and savvy veterans that will carry this team in his absence. Randy Gregory, will be this team’s Von Miller, with way more upside, while he works into an NFL playing weight. La’el Collins is a more curious situation. On one hand, his talent is undeniable and could start right away, making either Doug Free or Ron Leary trade bait expendable. On the other hand, he’s a rookie free agent, and shouldn’t be treated like anything other than a rookie free agent. It’s in that delicate balance in which I’m glad the Cowboys have a coaching staff headed by Jason Garrett to nurse the best of both worlds out of these players.

Though some speculate that Jerry Jones is closing in on relinquishing his general manager title over to Stephen Jones, the whole league will know who was heading the 2015 offseason. And on the hyper-sensitive era of the world, where Twitter can get you fired, phone calls force ownership to change hands, and where bold gambles aren’t as frequent as they used to be, and until Jerry Jones isn’t calling the shots anymore, he’ll always have a pair of aces up his sleeve, and the bird ready for any challengers. 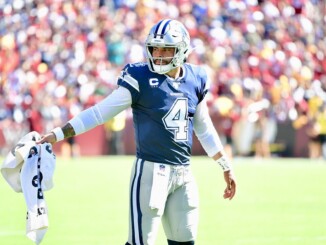 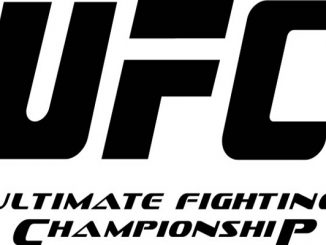 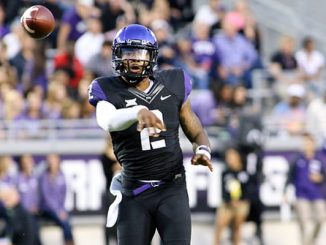