So we all know DeMarco Murray has gone to the (cough, cough) Philadelphia Eagles, a team I absolutely hate.

But I hear Dallas fans now are setting fire to old Murray jerseys and booing him at MMA matches when he shows up with Michael Irvin. My question is, why are you mad at Murray?

DeMarco Murray is doing the exact same thing Tony Romo, Jason Garrett, and even Jerry Jones is doing. Making as much money as possible. So why is DeMarco Murray any different? He worked hard, played hard, put in the work to be the best running back in the league last year, became the best offensive player in the league last year, so why would someone not get rewarded for that? So what if it is the dreaded and feared Philadelphia Eagles?

Is it Murray’s fault Jerry couldn’t afford his services any longer?

I mentioned last week that the real culprit for Murray not staying in Dallas is Jerry Jones.

I said then Romo’s contract was way out of proportion .

Romo’s 2015 salary-cap number of $27.8 million, the highest in the league, has been a major obstacle in the Cowboys’ ability to actualize the kind team needed to make it to the Super Bowl.

Team officials have expressed reluctance about restructuring Romo’s contract to lower that gargantuan figure because it would only create more financial burdens in the future. This fiscally responsible philosophy has governed the way the Cowboys have operated in free agency since the new league year began last Tuesday.

Together, their contracts could total as much as $127.8 million — the inflated price attached to the success the Cowboys achieved last season, when they went 12-4 and made the divisional round of the playoffs.

But that sum was money the Cowboys weren’t going to spend on veterans less valuable than the roster’s younger talent, a group expected to command bigger dollars in the future. So, Dallas stayed thrifty.

The Cowboys acquired four players: running back Darren McFadden, linebacker Jasper Brinkley and two fullbacks, Jed Collins and Ray Agnew. McFadden, the most notable addition, agreed to a two-year deal worth as much as $5.85 million with a signing bonus of $200,000 — a meager amount that invites minimal risk.

“At the end of the day, this is about finding the best way to collectively fit all of the individual pieces together, in terms of talent, offensive players, defensive players and dollars — under the salary-cap structure — that gives you the best chance to have a championship team,” Jones said in a statement last week.

It’s not an easy puzzle to cobble together. As of Saturday, the Cowboys were $8.8 million under the NFL-mandated payroll ceiling with plenty of work left to replenish a roster that has holes on the defensive line, at cornerback and in the offensive backfield, where Murray once stood.

That’s not much available space, which is why it’s interesting that the Cowboys haven’t restructured Romo’s contract to create as much as $12.8 million in cap room for 2015. When Romo was signed to a six-year deal in March 2013, it seemed the Cowboys had designs on making a serious run at the Super Bowl by 2015.

Maximizing Romo’s talent at an age when he could still perform at an elite level became an organizational priority. In light of the Cowboys’ surprising run last season, it seemed it would remain one. But now the Cowboys appear unwilling to realize that goal at the expense of financial stability and long-term health of the club.

“The question just becomes strategy,” executive vice president Stephen Jones said recently. “Do you want to push money out in order to have money now? Sometimes that hasn’t necessarily worked great for us.”

“We have to trust in the process and the people making decisions,” Romo said.

As Romo lugubriously reflected on the loss of Murray, it’s uncertain if he may have felt partially responsible for the running back’s departure.

The burden of Romo’s contract, after all, has created the quarterback’s own, twisted Catch-22. The same money the Cowboys gave him to lead them to glory at this juncture of his career also has made it more challenging to put together the team most capable of doing so.

I guess the bottom line is, Jerry’s case of man-love for Tony Romo is preventing the team from having players good enough to get to the Super Bowl, much less win it. So don’t blame Murray for working hard and paying his dues. Blame Jerry for not having a General Manager, or someone that knows how to handle contracts and money. 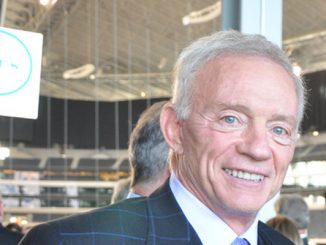 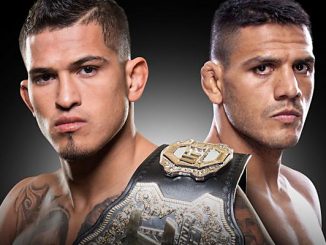