Reasons to Watch
The Washington Huskies will be taking on the Oklahoma State Cowboys and the Cowboys will be looking to get their sixth bowl win under Head Coach Mike Gundy. The Huskies, who had a pretty decent year, and are led by first year Head Coach Chris Petersen, will look to end the year on a three game win streak. This has been a very promising season for the first year coach and he will be looking to have momentum heading into the next season.

The Cowboys, on the other hand, will be looking to overcome some adversity as one of their top playmakers, Tyreek Hill, is no longer a member of the team and leaves a void in the explosive plays category for the often anemic offense of the Cowboys. They will need other players to step up. Under experienced Head Coach Mike Gundy, he will have his guys as prepared as can be expected. This bowl game has everything; drama, good coaching, and most importantly great football.

Washington Huskies
The Huskies have a strong front seven in regards to clogging up the gaps and stopping or slowing down opposing running backs. They do not, however, do a good job of guarding opposing wide receivers. They do manage to get pressure on the quarterback and rank second in the nation in getting sacks at 49 for the season. The Cowboys can expect the Huskies to pin their ears back bring relentless pressure all game.

The offensive line will be the most important unit on the field for the Cowboys. They will need to keep freshman quarterback Mason Rudolph upright and unrattled as he will be making his third start of the season.

Prediction
Washington Huskies 35 – Oklahoma State Cowboys 14… In other words, too much Huskie and not enough Cowboy in this year’s TicketCity Cactus Bowl. 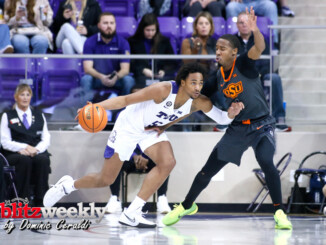