How They Got Here
The Kansas State Wildcats under Head Coach Bill Snyder have three losses on the season coming into the Valero Alamo Bowl. Those three losses were to highly ranked teams at the time: #5 Auburn, #6 TCU and #6 Baylor. That’s nothing to be ashamed of and you can be guaranteed that this is a battle tested team. The Bruins on the other hand also have three losses. Those being against unranked Utah and Stanford and #12 Oregon team. As we all know, Oregon is playing for a national title. Both the Wildcats and the Bruins ended their seasons with losses and are looking to right the ship heading into next season.

Kansas State Wildcats
The Wildcats are led by Senior Jake Waters who is looking to finish his collegiate career on a high note. He’s a dual threat quarterback who had passed for 3,163 yards and 20 touchdowns with only six interceptions on the season. On the ground he’s tacked on another eight TDs. If he isn’t toting the rock, then look for Charles Jones to pick up the slack. The Sophomore is a bowling ball at 5’10” and 200 lbs. Tyler Lockett is the main man on the receiving corp with 1,351 receiving yards and nine touchdowns. He’s complemented by Curry Sexton who almost has a 1,000 yards of his own. The Wildcat offense can put up points and will methodically drive down the field while chewing up clock.

Their defense is #24 nationally giving up about 21 points per game. “Obviously, finishing the season the right way is very significant,” said coach Bill Snyder. “We have been on both sides of the ledger, and obviously to finish the way you desire too is much more palatable, I think.”

UCLA Bruins
The Bruins have their own standout signal caller in Brett Hundley. He can scoot as well with eight touchdowns and his arm has produced 3,019 yards through the air with 21 TDs and only five picks. The ground game for UCLA is Paul Perkins who has 1,378 rushing yards with seven touchdowns. Hundley likes to target Jordan Payton in times of need. Payton has reeled in 63 passes for 896 yards to lead the team with seven TDs. WR Devin Fuller isn’t far behind with 57 receptions. The Bruins will try to expose the Wildcats through the air in this one.

“We are a young team that is hungry and still developing, and this is just going to be another step in our progression,” Mora said. “For us a chance to play a tremendous team on a big stage and I think that is how you grow as a competitor.” The Bruins are looking for back-to-back 10 wins seasons and bowl wins for the first time in a long time.

Prediction
Kansas State 31 – UCLA 17  The Wildcats are used to high powered offenses in the Big 12 and should be able to contain the Bruins passing attack for most of the game. 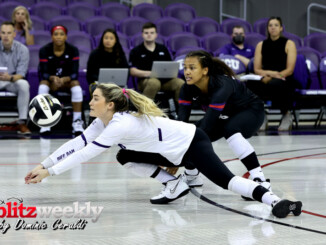 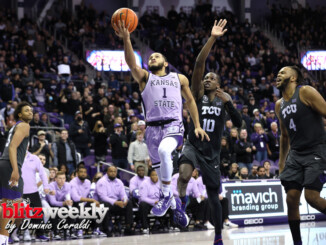