A pair of double-doubles and a strong rebounding effort led the TCU men’s basketball team to its largest scoring output of the season in a 90-55 win over Grambling State Tuesday at Schollmaier Arena.

Without the services of Mike Miles (sick) and Xavier Cork (foot), four Horned Frogs scored in double-figures led by Chuck O’Bannon’s career-high 19 points. He was 4-of-8 from 3-point range, a big part of the Frogs’ 11 made threes as a team.

Emanuel Miller recorded his fourth double-double of the season with a season-high 18 points and 10 rebounds. Damion Baugh had his first-career double-double with 13 points and 11 assists. JaKobe Coles scored 12 points and was one of six different TCU players to drain a 3-pointer.

TCU never trailed by more than its 19-point margin at the half and led by as many as 39 with less than a minute to play. All 11 available players saw at least two minutes of action, including walk-ons Cole Despie, Darius Ford and Harrison Young.

The Horned Frogs return to action on Dec. 29 when they host Texas Southern at 3 p.m. 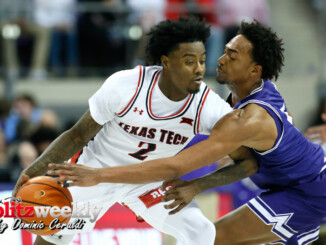 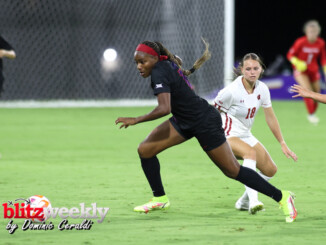 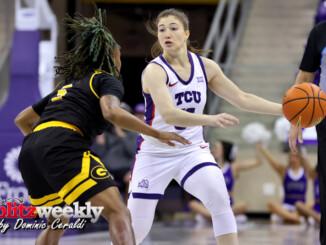