The Miami RedHawks (7-6, 5-3 MAC) earned their first bowl victory in over a decade on Thursday afternoon, using a dominant defensive performance to defeat North Texas (6-7, 5-3 C-USA) in the inaugural Frisco Football Classic. The RedHawks defense limited the Mean Green to 317 yards of total offense in the game and also forced two first half turnovers that helped Miami establish momentum.

After a punt from North Texas to open the game, Miami took over on their own 33-yard line. The RedHawks quickly crossed midfield, courtesy of a Kevin Davis 15-yard run and a personal foul penalty against the Mean Green. The drive ultimately stalled out at the North Texas 30, and the RedHawks settled for a 3-0 courtesy of Graham Nicholson’s 48-yard field goal.

North Texas wasted little time responding, going 75 yards in 12 plays on the ensuing drive. After converting a fourth-and-one from the Miami 14-yard line, RB Isaiah Johnson capped off the drive with a one yard touchdown run. The Mean Green had their first lead of the day at 7-3 with eight minutes to go in the first quarter.

The RedHawks were similarly quick to respond, putting together a nine-play, 74-yard drive of their own. QB Brett Gabbert found his rhythm on the drive, completing all three of his pass attempts and drawing a pass interference call on the other. On first-and-goal from the North Texas eight-yard line, freshman RB Kenny Tracy took the hand off and found the end zone off the right side of the Miami offensive line. Miami had their first touchdown of the day and a 10-7 lead with 3:59 to go in the opening frame.

After the teams traded punts on the next two drives, North Texas took over on their own 10-yard line. The resulting 10-play, 90-yard drive was a masterful mix of the run and pass, and QB Austin Aune capped the drive with a two-yard touchdown run to give the Mean Green a 14-10 lead.

Miami once again worked their way into the North Texas red zone on the ensuing possession. After a six yard run from Keyon Mozee brought the RedHawks to the Mean Green 18 yard line, the drive stalled out and Miami settled for a 36 yard field goal from Graham Nicholson. With 6:52 to go in the first half, the Redhawks found themselves trailing 14-13.

The Miami defense made the first big play of the contest on the next North Texas possession. On first-and-ten from the UNT 36, Aune overthrew Roderic Burns and was intercepted by Miami safety John Saunders Jr., who returned the ball to the North Texas 30-yard line to grant the RedHawks offense great field possession.

Brett Gabbert quickly took advantage of the short field, needing only four plays to lead Miami to the end zone. On third-and-goal from the North Texas five-yard line, Gabbert found Kevin Davis wide open in the flat for the score, giving the RedHawks the 20-14 lead.

Aune quickly led the Mean Green down the field on the ensuing possession, completing three consecutive passes to bring North Texas into the red zone. On third-and-nine at the Miami 14-yard line, Aune was intercepted by RedHawks LB Jacquez Warren. The Miami offense was unable to take advantage of the turnover, and the score remained 20-14 at the half.

The RedHawks lost the yardage battle 247-230 in the first half, but did limit the high-powered North Texas rushing attack to 72 yards on 21 carries. The two turnovers created by the Miami defense ultimately proved to be the difference heading into the locker room.

Miami opened the second half with the ball, and a 51-yard completion to Jack Sorensen quickly moved the RedHawks deep into North Texas territory. On second-and-10 from the UNT 11, Gabbert found TE Nate Muersch for the score to give Miami their largest lead of the game, 27-14.

Five consecutive punts followed, and 27-14 would remain the score at the end of the third quarter.

Miami crossed midfield on the first drive of the final frame, but were stymied inside UNT territory, ultimately settling for a 52-yard field goal attempt from Graham Nicholson, which sailed wide left.

North Texas took over at their own 34 with 13 minutes to go, desperately needing a score to remain in the game. The Mean Green used 11 plays to go 62 yards, including four Aune completions to navigate inside the Miami 10-yard line, with the last of those completions proving to be controversial. as it was turned from incomplete on review. UNT took the new set of downs all the way to fourth-and-goal from the Miami four-yard line, but Ahne’s pass to Christian Lee fell incomplete, turning the ball with about 9:18 remaining.

The Mean Green would never see the ball again after that, as Miami expertly executed a 15-play, 82 yard drive to bleed the remaining time from the clock. The RedHawks actually found themselves inside the Mean Green 10-yard line with two minutes to go, but Chuck Martin opted to run out the clock instead of going for a dagger score.

27-14 would be the final tally in this one, and the star of the show was the Miami defense. North Texas entered this game fourth in the FBS in rushing offense, averaging 246.2 yards per game on the ground. The RedHawks limited the Mean Green to 89 yards on 32 carries, taking advantage of the absence of star UNT running back DeAndre Torrey.

Brett Gabbert was efficient and effective, as usual, completing 22-of-31 passes for 228 yards and two touchdowns. Jack Sorensen led Miami in receiving, compiling seven catches for 116 yards. Kenny Tracey paced the RedHawks on the ground, gaining 92 yards and a touchdown on his 14 carries.

This victory marks the first bowl win for the MAC this season, and Miami’s first win as a program since the 2010 GoDaddy.com Bowl against Middle Tennessee State. It also gives Miami head coach Chuck Martin his first bowl victory, with the RedHawks having lost in their previous two bowl appearances of his tenure.

The bowl win also ended one of the most ignominious streaks in the FBS, as the win vs. North Texas gave Miami their first out-of-conference win (regular season or postseason) against a non-FCS team since October 8, 2011, when the RedHawks beat the Army West Point Black Knights.

The win puts the MAC at 1-4 in 2021 bowl appearances, with Western Michigan, Ball State and Central Michigan yet to play in their respective matchups. 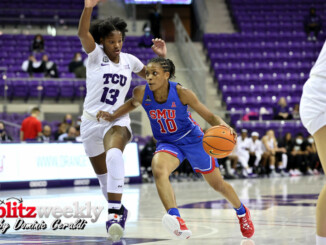 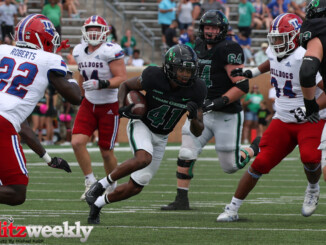 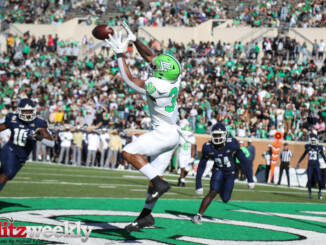