David Kyles is a 6’4 shooting guard from Dallas who played in Cyprus and won the Championship this past year. This year he will be continuing in Turkey where he hopes that his play in the upcoming season propels him to his dream of playing in the NBA. I caught up with him for a quick interview.

How did going to Justin F. Kimbell high school help you become the basketball player you are today?
We definitely had a good coach in Royce Johnson. Coach “Snoop” taught us a lot of things off the court as well as on the court. Our first month of basketball training we didn’t even touch a basketball it was more conditioning, mental and spiritual training to build our stamina up and stuff like that. I mean Kimbell is in a tough area of Dallas, I guess you could say. You get poverty stricken kids and you realize basketball can be a way to get out of it or football in some cases. Then you should definitely use it and if you’re smart enough to use it at a young age then you defiantly don’t regret it at all.

You’re next step was Wichita State, how did that help you elevate your career?
Wichita as a city, I mean the people love basketball, every game at home is sold out. There isn’t a football team, so basketball gets the love from everywhere. It was, I mean my first year was pretty hard for me as a freshman and I had to play some good minutes in games because we didn’t have seniors. It paid off though my junior year, we went to the NIT that year and won that. My senior year I think we were ranked 14th in the nation and we finally got our chance to play in the big tournament. That was big for coach Marshall and his first recruiting class which was me, Toure’ Murry from Houston, and big man named Garrett Stutz from Kansas City. That was big for us, it was our biggest moment right there. A lot of people said I should have gone somewhere else because I had offers to Texas schools but I don’t regret it one bit man, it was definitely the funnest four years of my life right there.

A lot of people want to know what it’s like being recruited, can you tell us a little about your experience?
It was definitely crazy, I will say that. I think my first offer actually came from TCU. That’s the first school that actually recruited me. Its funny, because Toure’ Murry who I played with at Wichita Sate, his uncle was the one that actually recruited me to play for him. It was weird and we talked about it at school. Other schools were Texas Tech, when coach Knight was there. Texas A&M with coach Turgeon, Donald Sloan and a couple other Dallas guys were there at the time. Coach Turgeon actually recruited me while he was at Wichita State and then the next year he went to A&M and kept recruiting me trying to get me to go with him to A&M. Coach Barnes from the University of Texas came to a couple of practices and talked to me a few times and went to his camps along with coach Self at Kansas. It was pretty a pretty deep recruiting list but man it’s hard to pick one school out of those schools. I went on a visit to Wichita State, and I wanted to sign before my senior year started so I wouldn’t have the stress of playing and not knowing and getting phone calls saying you know, where are you going to go? I didn’t like the Hollywood stuff, so I was like I’m just going to sign and get it over with. That’s when I made my decision and it made it a lot easier for me, but my parents and other people kind wish I would have waited a little more just to go with it all the way, but it was cool for sure.

You weren’t drafted by the NBA unfortunately, but you did go to Europe. What was that like?
That first year was defiantly a struggle. You’re away from home in a different country, they don’t speak English. It’s tough. I was a little upset over the whole draft situation, I’m not going to talk about what happened behind closed doors. But yeah, I had to prove some things to certain people and I defiantly came out and did that. I had the work ethic and everything my first year and word has been passed along by coaches. Now everyone kind of knows my work ethic and everything as far as on and off the court. It was hard being away from my family but you have to switch your mindset to, okay now it’s more provide support for your family and things like that. You have to leave that home sickness behind and go out there and help yourself.

What was the hardest thing about the transition to Europe?
I would say the game actually. I’m open to you seeing other cultures and stuff like that. I studied Sociology in college so it was something I was looking forward to. But the game is definitely different as we know. The NBA is more one-on-one and highlights, over there it’s like college ball all over again but the players already know their game. You’re playing with a lot of older guys who already know their game and the coaches are smart and they know each other and how the opposing defenses are. So it was kind of hard getting buckets in certain areas of the court, but after a year or two; you kind of figure out the European play. Then it gets to where you find your chances and opportunities to get certain things going for yourself.

Would you say the game over there is more physical?
Yea most defiantly. I know Dellavedova isn’t from Europe, he’s from Australia, but that’s the kind of grit they play with. The fans are in it crazy; there are fireworks, flags hanging, they are standing up chanting the whole time its crazy in there.

The kind of atmosphere like a European soccer match?
Yea it’s just more compact. You’ve seen Duke fans standing up and doing their chants? It’s like that. In Europe sometimes they throw things at you, like hurling spit-wads. I have seen a lot of crazy things happen in Europe.

What’s the craziest thing you ever seen during a game over there?
Let me think… We were playing in Slovakia and my team was from the Czech Republic. One of my teammates had fouled this guy pretty hard because they had been fouling me pretty hard that game. He kind of takes up for me so I don’t get fouls. The player who was fouled gets mad and walks up to my teammate, my teammate is 6’9 and 280 pounds. Really huge… and the other player was about 6’6 and 250 pounds. So, the other player walks up to teammate and headbutts him after the ref called the foul. My teammate looked at the ref and the ref didn’t say anything because we were in Slovakia. So my teammate was like alright, and just slaps him, like crazy hard and the opposing player didn’t know what to do next. That’s how hard he was slapped. Eventually the refs had to call the game because we kept going at it every couple of plays. I’ve seen crazier things but that’s probably the most vivid in my mind.

Old School or New School?
A little bit of both. When it gets closer to game time I move closer more to the Blueprint 2 and The Black Album. They are my main two.

What about pre-game rituals on the court?
I go to the middle of the court five minutes before they call us in. I say a little prayer for one of my best friends from when I was younger. He passed in a car wreck about a year ago and he used to wear number 5. So now I wear the number 5 in memory of him, then right before they call us in, I tap my chest five times in the front then five in the back. Then I talk to him then go out an play.

What would you say is the biggest moment in your pro career so far?
The biggest moment has to be when we won the Cup in Cyprus this year. We had a game on Friday and the night before we had practice and for some reason our coach had us in a  5 on 5 scrimmage. We were like man, we don’t need to do that right now. We do it anyway. It was his first year coaching, I ended up twisting my ankle badly and I could hardly walk. But somehow I got it taped up and all that, and I’m limping onto the court to play in the game the next day. We won by three points or something like that and I think my points mattered. If I didn’t play we might not have won the game. So that was the biggest moment because I couldn’t perform the way I wanted to, but I feel like I helped the team. That was big for him you know because he gets an new contract and it just worked out for everyone.

I assume you still want to play in the NBA. Do you see yourself still fulfilling that dream?
With the way the league is heading the NBA has turned into more guard play. The old school point guard style of play, the NBA doesn’t want that anymore. The NBA wants scoring point guards. I definitely think there’s a chance next summer and that will be my best shot. I’ve kind of been waiting for my game to evolve. I’ve learned a lot of things in Europe that I probably wouldn’t have learned here in the D-League. So I’ve got another chance over this year. Another year of trying to have a full season to see how that works out for me. If everything goes according to plan then, yeah you’ll probably see me doing something next year.

Anything else you would like to add?
We have a league up at Greenhill High School every Friday. Its a new pro-am league that we have put together. There’s some NBA guys, I think Maxill was there last week, Perry Jones, Isiah Austin played his first game. There are some NBA guys, D-League guys and some overseas guys. There are six teams and every game there is elite competition. It starts at 6 p.m. every Friday. 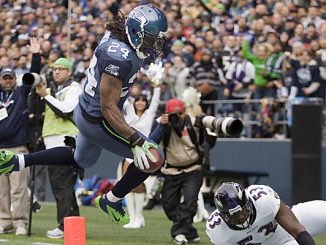 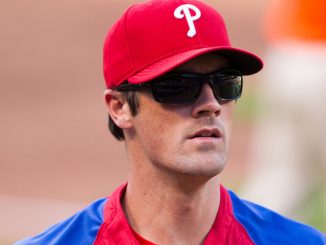 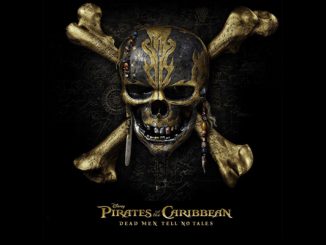