Baylor (11-1) felt they had the resume necessary to finish among the top four in the CFP rankings, having beaten three ranked opponents and winning a share of the Big 12 title with a 38-27 victory over then-No. 9 Kansas State on Dec. 6. The Bears’ championship hopes ended when Ohio State jumped them for the final College Football Playoff spot, but they will have a chance to stick it to the Big Ten in the Cotton Bowl against No. 8 Michigan State.

While the Spartans (10-2) tied for fifth nationally with 64 touchdowns from scrimmage, were seventh with 43.1 points per game and 13th in total offense at 496.5 yards per contest. However, losses to a pair of CFP qualifiers — No. 2 Oregon on Sept. 6 and No. 4 Ohio State on Nov. 8 — kept them out of the playoff.

“I think everything worked out for us the way it’s supposed to. And I have peace in that,” said Briles, whose team lost to Central Florida in last season’s Fiesta Bowl. “We’re supposed to be where we’re supposed to be and we’re facing a great team and a very well-coached team. It is a great challenge for us.”

Baylor has been one of the most explosive and efficient offenses in the nation. Only Oregon is adding more points to its net scoring margin on offense than Baylor. Baylor has 22 touchdown drives in 1 minute or less and 39 drives in 2 minutes or less. The Bears lead the FBS in both categories this season and used this time of big play ability to overcome a 21-point fourth quarter deficit to beat TCU this season.

This season, Michigan State has allowed 7 drives of 1 minute or less and 16 drives of 2 minutes or less, which is more than they had allowed in the previous two seasons combined. Michigan State’s defense has received most of the attention the last few seasons, but its offense ranks 10th in efficiency ratings after ranking 58th last season. The Spartans are one of three teams (Alabama and TCU) to rank in the top-15 in both offensive and defensive efficiency entering bowls.

Keep an eye on Baylor:
Baylor lead the nation in offense (581.3 yards per game) and scoring (48.8 points) while ranking second with 76 touchdowns from scrimmage. Senior quarterback Bryce Petty finished second in the Big 12 in passing yards (3,305) and touchdowns (26) while throwing only six interceptions. “This isn’t the Baylor from 10 years ago. Hopefully, sooner or later, people will and accept us for our play on the field and not who we were back in the day,” Petty said. The biggest question for Baylor, however, is its mindset. Will the Bears emerge from their snubbing with a chip on their shoulder? Will they use the national spotlight to prove to everyone why they belonged after all?

Keep an eye on Michigan State:
Michigan State’s defense has remained its calling card under defensive coordinator Pat Narduzzi, but a multifaceted offense makes the Spartans elite. Connor Cook has 2,900 passing yards on the year and 22 touchdowns, while Jeremy Langford is one of the Big Ten’s best rushers with 1,360 yards and 19 scores.

While formidable, Michigan State’s defense has been far from dominant against strong offenses—particularly against the pass. J.T. Barrett and Marcus Mariota each threw for over 300 yards and three touchdowns against the Spartans. If the Spartans defense performs against Baylor like it did against those two elite quarterbacks, the results will be similar.

Coach Mark Dantonio has guided the Spartans to at least 10 victories in four of the last five seasons, including last year’s 13-1 mark that concluded with a win over Stanford in the program’s first Rose Bowl appearance since the 1987 season. “People expect more. That is their right. But it gives us an edge,” Dantonio said. “It gives us a little bit of a chip on our shoulder as we go, and we use whatever we need to use. We have an opportunity to play against a good football team, and possibly winning that game puts us right on the fringe of being in the playoffs. So we use that to move forward.”

Prediction: Baylor 38 – Michigan State 27
The Bears will get up for a big-time Cotton Bowl game that will have the selection committee thinking about its decision. Petty will find offensive success hard to come by early against a stingy Spartans defense, but Michigan State will eventually break and allow a couple of big plays, as it did against Oregon and Ohio State. Cook and Langford shouldn’t have a problem putting up points to match throughout halftime, but the Bears’ quick touchdown drives will eventually take a toll in this year’s Goodyear Cotton Bowl Classic. 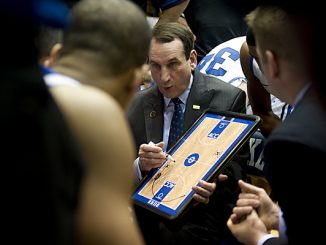 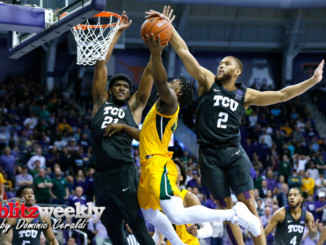