#2 FRANKIE “THE ANSWER” EDGAR (17-4-1) VS. URIJAH “THE CALIFORNIA KID” FABER (32-7-0)
This is a five round main event in the featherweight division. This is a super fight in the making and it is a fight that no one ever expected to take place. Edgar brings wrestling, boxing, Muay Thai and jiu-jitsu to this fight giving him both amazing striking and grappling techniques that will surly prove to be fatal in this fight. Faber brings wrestling, jiu-jitsu, boxing and kickboxing to this fight, which have made a great name for him and even turning him into one of the best submission specialist in the sport altogether. Edgar seems to go for more knockouts than submissions, which in this fight is a smart choice since Faber would be much easier to beat by a knockout rather than a submission or decision. Though Faber has impressive speed, Edgar will have to keep up with him in order to stay out of any danger of falling into any submission attempts that Faber will pressure onto him. The whole fight will consist of submission attempts and strikes and it will show everyone just how great both fighters really are. My prediction: Faber wins via submission in Round 5.

#7 GEGARD MOUSASI (36-5-2) VS. #12 COSTAS PHILIPPOU (13-4-0)
This is a three round fight in the middleweight division. In this fight are two middleweights who bring knockout blows to their fights in hopes of one day getting the title shot they deserve. Mousasi brings judo and great striking that has made him one of the most dominate middleweights in the sport, as he holds nineteen wins by knockout and twelve by submission, which shows why he is at the top of his game in every fight. Philippou brings jiu-jitsu and boxing to the fight as he means to win by knockout in every one of his fights. He will have his work cut out for him when he faces Mousasi, who has knocked more people out that he has fought in his career, which places him at a great disadvantage. If Philippou is to stand a chance, he will have to use his jiu-jitsu to try and counter the striking and submission attempts that Mousasi will try to pressure upon him. My prediction: Mousasi wins via submission in Round 1.

MARK “THE FILIPINO WRECKING MACHINE” MUNOZ (13-6-0) VS. LUKE “THE BIGSLOW” BARNATT (8-2-0)
This is a three round fight in the middleweight division. Munoz brings wrestling and Muay Thai to the fight, which have become a great part of his fights ending in knockout and even winning the decision in the end. Barnatt brings Tae Kwon Do to the fight, but is it really enough to stand up to the wrestling and Muay Thai of Munoz? It seems that the fight looks to favor Munoz, as no one is really sure if Barnatt can stand up to the style of fighting that Munoz will bring to the fight. Though, what Barnatt can use against Munoz to great advantage is his height, giving him greater reach to where he could strike from farther away, keeping himself safe from knockout blows or submission attempts Munoz will try to place on him. My prediction: Munoz wins via knockout in Round 1. 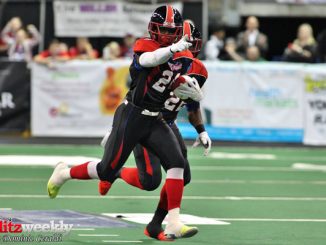 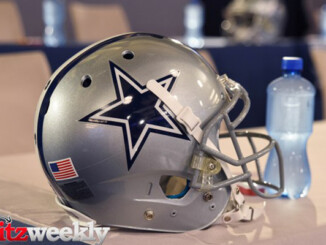