With Marlon Mack missing the game as a precautionary holdout because of a hamstring injury, and the Mustangs coming off of a bye, the Mustangs should have come out and pounced. That didn’t happen. The Mustangs visited Tampa and worked on their tans, because they sure as hell didn’t play effective football. Three more lost fumbles to add to their running totals, and four total turnovers in the game. And it’s the turnovers that continue to dissolve this team from within their own play, because in this game, the Mustangs actually outplayed the Bulls in a lot of categories, third down efficiency (inflated), passing yards, total yards, and time of possession. But the Mustangs defense got flat out trotted on to the tune of 255 yards rushing. The SMU offensive line played awfully, allowing pressure all game long to get after Matt Davis, who was pulled, likely to save him from himself, but even then he was missing passes that he’s shown he can make. This defense has large holes and they aren’t being met with tackles, and the offensive line has eroded to a temporary inconvenience. These problems aren’t something that are going to fix themselves on the field, these are fundamental.

The Big Three
#1: First and ten from the SMU 42: The Bulls had matched the stride for stride speed of SMU up to this point, and on this play-action/read-option play the Bulls would try a huge deep shot on the Mustangs. Flowers looked to have shortened his drop because of the Mustangs pass rush, and Quinton Flowers looked to have connected with Rodney Adams for a huge gain to set up a goal to go situation. However, the Mustangs would dodge a huge bullet as the play would be reversed to an incompletion. I include this play because, it shows, it could have been worse, earlier in the game.

#2: Fourth and Goal from the SMU 1 yard line: The defense needed to keep the Bulls out of the endzone, and for three straight plays, the Mustangs’ defense had kept the Bulls out of the endzone. But, after a catch from the running back Johnson at the one yard line, the Bulls would decide to go for the dagger. From a yard out, the Bulls would hurry back on to the ball and snap the ball, and Flowers slotted it straight into Johnson’s gut and he would bury it in the endzone to make it a seventeen point game.

#3: Fourth and 26 from the SMU 17 yard line: After a huge second down sack, of 14 yards, and a third down incompletion, the Mustangs were forced to punt again. Jackson Koonce’s ball got to midfield without a fair catch, and the returner, Tajee Fullwood caught it in stride and returned the ball 45-yards to the five yard line, where the Bulls would put the game on ice a play later with a Quinton Flowers 5-yard touchdown run. 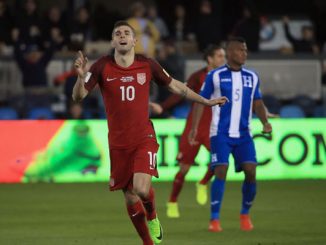 Christian Pulisic Scores Twice in Win Against Trinidad and Tobago 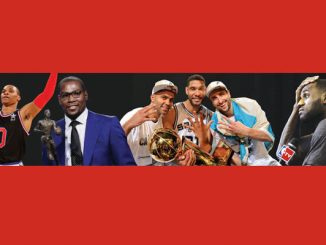