Jordan Spieth followed up last week’s win at the Australian Open by topping an elite field in Tiger Woods’ Hero World Challenge at Isleworth Golf & Country Club near Orlando. Last week he ran away from the field that included No. 1 Rory McIlroy and No. 3 Adam Scott and this week the 21-year old from Dallas was 10 shots better than anyone in the field that included six major champions and 16 of the top 30 players in the world. No. 2 Henrik Stenson finished in second place and tournament host Tiger Woods was tied for last place with Hunter Mahan, 26 shots behind Spieth.

“Whether my emotions showed it or not I’m not sure, but inside we were really very pleased with the year and how it came to a close,” Spieth said. “This caps off the best golfing year that I’ve ever had.”

Spieth’s 10-shot victory was the largest margin of the year on the PGA Tour and broke the tournament record of seven shots that Woods had in 2007 when the event was held at its previous home, Sherwood Country Club in Thousand Oaks, CA. The win moves Spieth into the top 10 in the world rankings at No. 9.

Next up on the PGA Tour (albeit an unofficial event) is the Franklin Templeton Shootout in Naples, FL. The 12-team, 24-player event hosted by Greg Norman will be played at the Tiburón Golf Club at The Ritz-Carlton Golf Resort and televised on FOX.

—  John Daly, winner of the 1991 PGA Championship and 1995 Open Championship, shot a final-round 72 to beat Robert Coles by a shot and win the Beko Classic in Turkey. It was Daly’s first professional golf victory since the 2004 Buick Invitational.

“It feels great to win — as professional we try to build on confidence so any time you win anything it’s a confidence builder,” Daly said. “It’s pretty much my last tournament of the year so I can hopefully go into 2015 with some extra confidence.”

It was quite a week for the popular golfer who announced Thursday via social media that he would marry his longtime girlfriend and current caddie, Anna Cladakis.

—  Padraig Harrington claimed his first worldwide victory since the 2010 Johor Open, winning the Asian Tour’s Indonesia Open at the Damai Indah Golf, PIK Course. The former No. 3 player in the world jumped over 100 places in the World Golf Rankings with the win. Harrington, who has won three major championships, is now No. 260 in the world. 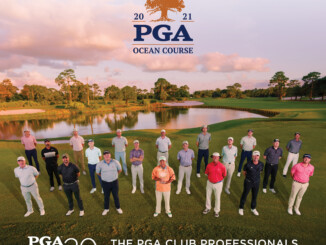