At times, watching Game 5 of the NBA Finals was like watching a video game. I mean there were times when I literally thought I was watching the real life latest installment of the NBA 2K series. Stephen Curry had plenty of “what the heck” and “did he really just do that” moments.

LeBron James also had a few of those moments that culminated into just a brilliant game overall. Of course there had to be a winner in the most important game of the Finals to this point, and the Golden State Warriors came out on top and lead the best-of-seven series 3-2.

Curry had 37 points, seven rebounds, four assists, and two steals. He was also pretty efficient on the night hitting 13 of 23 shots from the field, including 7 of 13 from behind the arc. Even though he did have five turnovers, he was still able to manage the game effectively as the Warriors main ball handler.

James had another big night and actually had a better stat line and played better overall than Curry did. If the Cleveland Cavaliers had won the game, I’m sure we would be talking about James’ monster stats which were ridiculous.

He was able to get his second triple-double of these Finals, including 40 points, 13 boards, 11 dimes and one steal. This was yet another masterful game for the King, but came in a losing effort. His herculean effort fell short to a pretty good overall team effort of the Warriors.

Tristan Thompson had a great game and scored 19 points and also pulled down 10 rebounds. In a Cavs small lineup that saw Thompson at center for most of the game, he played adequately defensively as well blocking two shots, getting two steals, and clogging the interior by altering some shots in the paint.

However, this writer has a few questions as to why Cavaliers Head Coach David Blatt did not play Timofey Mozgov more at the center position. He had just come off a career game where he led the team in scoring with 28 points and grabbed 10 rebounds. That was very productive for a team that really needs a second scorer to accompany LeBron James. Yet the big Russian could not get on the floor for 10 minutes in Game 5.

Small ball has been the answer for Head Coach Steve Kerr and the Warriors, but I do not think that is necessarily the answer for the Cavs. They have a big, strong guy who is bigger and stronger than all of the Warrior bigs and can score on 16-foot jumpers. I think that guy needs to handle as much of the load as he can in this series.

Trying to match the Warriors penchant and effectiveness by playing small ball is the fastest way to lose in my opinion (see the Mavericks/Warriors series of 2007). The Cavaliers should do what got them here in the first place, by playing their style and sticking with their overpowering bigs.

Oh did someone mention J.R. Smith? I sure didn’t. Nobody has seen the guy since early in the second quarter of Game 5. The guy completely and utterly disappeared. He scored 14 points in the first half and most of those came in the first quarter. Then he was completely taken out of the game by the defensive scheme that Steve Kerr decided to implement.

For the Cavaliers to try and push this series to a Game 7, they will need to go back to establishing an inside presence. They should not change something that was working by going to something that they are not as good at executing. Leave the small ball to the Warriors. They are used to it.

The Cavaliers also need to find ways to get J.R. Smith the ball in the open court. Taking jump shots is all fine and dandy, but they need to get the ball in the hands of one of their best shot creators and allow him to drive to the basket. He is very athletic and could help get either Curry or Thompson in foul trouble by driving to the basket.

Smith is one of the league’s premier streaky shooters, but he will have to be more than just a shooter in this series if the Cavaliers want to win. He will have to be a scorer. That includes utilizing his athleticism to get to the basket, using his ability to backdown smaller guards in the post and shoot his pretty consistent fade away jumper, and that also includes creating chances where he can get to the line to shoot free throws.

Game 6 will be June 16 at Oracle Arena in Cleveland. You better believe that the Cleveland faithful will be there in full effect hoping to see their team extend this series to a Game 7. Will the Warriors become champs or will the Cavs extend this very entertaining series? We will just have to wait and see. 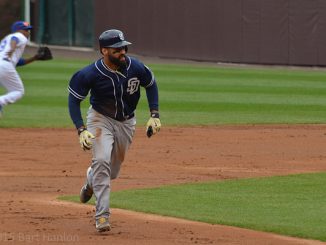 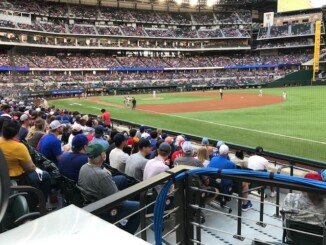 Texas Rangers: La Russa Back with a Vengeance 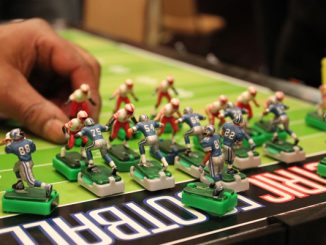