Can Brian Williams Follow Other Dethroned Journalists and Return to Network TV?

In 1997, Brian Williams gave a speech at Emory University where he spoke about the state of journalism entering the digital age. He said, “as we move forward into this new frontier we must take care to focus upon expression, fairness and truth.” Well the joke’s on you Brian, because so far this entire article has been a lie that could be dispelled in a single Google search.

Every year it seems a new media personality is learning that the lies of exaggeration, restructuring and plagiarism always will be discovered. Over the years many high profile journalists caught in scandals have clawed their way back into the business. Just last year, CNN’s Fareed Zakaria was caught in a web of accusations that he was “overly reliant on his source material.” He remained quiet, apologized and learned how to cite his sources like every other college freshman in the nation.

MSNBC’s Mike Barnicle resigned from his job at the Boston Globe in 1998 after writing columns that ripped off the brilliant comedy mind of George Carlin. Maureen Dowd, Pulitzer Prize-winning writer of the New York Times, was accused of copying a paragraph from a co-worker’s already published piece. Dowd also was the one who exposed Vice President Joe Biden during his first presidential run for stealing the content in his speeches.

Although reading tales of deceit in the media is depressing, there actually is a tremendous amount of good news buried in these scandals. This means that people are investigating the validity of what they see and read in the media instead of just accepting everything at face value. In our digital-soaked lives, anyone with a blog can write breaking news that could reverberate through the halls of Congress. So, the fact that readers are still thinking critically and speaking out against crummy journalism spells hope for us all.

The next few weeks will be crucial for the legacy of Brian Williams as he walks the tightrope of confident newsman and journalism pariah. All of the other dishonored public figures listed above have been able to pull themselves out of the muck and enjoy wildly-successful comebacks. But while they did push the truth to tenuous lengths they were at least smart enough not to lie about the most scared of American institutions.

The man also is charismatic and a natural-born storyteller. It never was unsettling to see him guest-star on shows like 30 Rock and The Daily Show. And there is no doubt that appearing on all the late-night talk shows may have incited him to exaggerate events to help his persona. But what Williams now is learning is that as a public figure you should never dare to fudge the facts or finesse the truth when it comes to the armed forces.

At the end of a January 2015 broadcast of NBC’s Nightly News, Williams recounted the tale of his helicopter’s harrowing journey through the skies of Iraq while taking fire from an RPG. This wasn’t the first time he had paraded out this whopper of a tale, and for the past year NBC News elderstatesman Tom Brokaw had been telling industry insiders that the facts didn’t add up.

But even as Williams continued to grow this tale and lie through his pearly white teeth, it is surprising that he didn’t quit while he was ahead. This lie was just too big. There were flight logs, eyewitness  accounts and a flight crew just waiting to pull the pin on this story. Eventually the pilots came forward and put the “misunderstanding” to rest, but Williams was just plain naive to think that he wouldn’t be found out.

And now that he’s exposed, the vultures are circling. Since the initial accusations, Williams’ name has been curb-stomped by every news institution in the game. They found cases of him lying about being embedded with Seal Team 6 and being present for the collapse of the Berlin Wall. Recently they have found tales of Williams being blessed by Pope John Paul II, and now there is video of him “embellishing” the horrors of Hurricane Katrina. At this point Williams reminds us all of Forrest Gump, serendipitously showing up at all of these major world events.

Throughout the world of journalism there are thousands of instances of nonfiction bleeding into fiction. And for any other average person, there would be time for a little finger wagging and a humble comeback. But in this case NBC generates around $200 million in ad revenue per year from Williams sitting behind that news desk. And ever since word of his six-month suspension broke, things have been looking a little shaky at the evening news.

Temporary anchor and O.J. Simpson look-alike Lester Holt has been trying his best to salvage the sinking ship around him. Nielsen ratings showed that as soon as Williams was off the air, the show lost its time slot by roughly 350,000 viewers. In the coming weeks Holt will be expected to either produce a ratings bump, or move aside while NBC delves into its ranks to allow a few different anchors a chance at the desk.

At the end of the day only the $200 million in ad revenue will determine if Williams is allowed to read the news. He has a proven history of winning his time slot across all demographics and that is a herculean feat as people move away traditional news sources. NBC already is in stiff competition with the other alphabet networks because NBC had led the ratings for 20-straight weeks.

If the outbreak of lies finally is over, it’s likely that Williams will return this summer and be taller and tanner than you’ve ever imagined. He won’t be the same celebrity anchor that we’ve grown to love, but he’ll look to the newsmen who inspired him and learn to stick to the script. 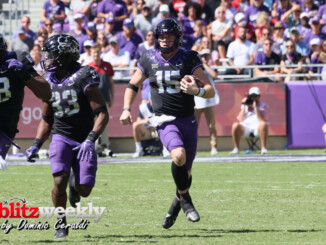 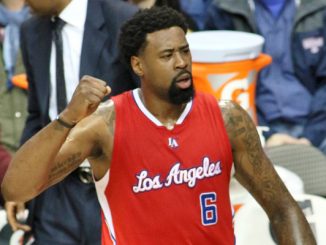 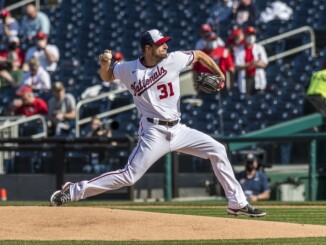 Baseball Returns: 162 Games at a Price