“Deadly Illusions” is a semi-erotic thriller that feels like its trying to be a “Basic Instinct” for modern times, but ends up as more of a Lifetime movie with a little ‘Fifty Shades’ thrown in for good measure.

Kristin Davis (“Sex and the City”) stars as best selling novelist Mary Morrison is living the good life in an amazing house along with her husband Tom (Dermot Mulroney) and their twins. She has retired from writing her popular novels when she is approached by her editor with a $2 million offer to write one more edition of her series.

Mary turns them down because she turns into a different person when she is writing, but after Tom admits that he has squandered most of their savings in a bad stock trade, she reverses course and accepts the offer to return to her life as a novelist.

Mary’s best friend Elaine (Shanola Hampton) suggests that she hire a nanny to help out so that she can focus on her writing and after several disappointing interviews, the too-good-to-be-true and overly eager to please Grace (Greer Grammer) appears and gets the job.

What follows is multiple scenes of Mary smoking cigars, some skinny dipping with Grace, dancing to a vinyl edition of Joey by the Concrete Blondes and a subtle class on how to cut an avocado.

For those who have seen “The Hand that Rocks the Cradle” or any of the dozens of straight-to-video thrillers that populated the Blockbuster Video New Release walls in the 90s, nothing that occurs in this potboiler is new.

In the end, it’s just plain silly and the twists don’t really pay off to the point where the viewer feels like they are a part of any fun to be had rather than riding along for what could have been a fun guilty pleasure.

“Deadly Illusions” is available for streaming on Netflix. 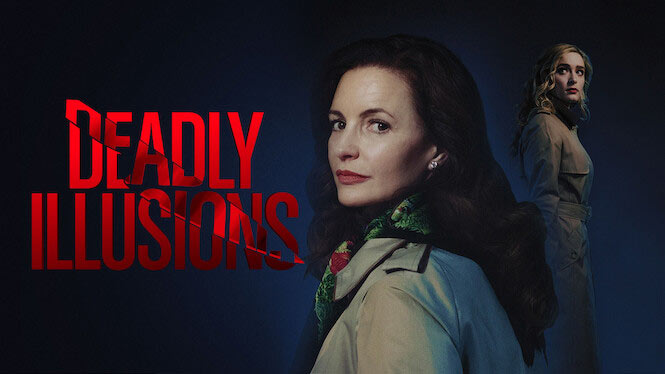 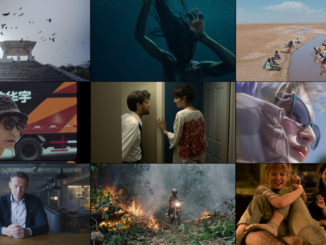