Adeola Akomolafe registered her second career double-double and TCU outscored Alcorn State 55-10 in the second half as it rolled to an 88-31 victory in its final non-conference game of the season on Saturday afternoon at Schollmaier Arena.

The Horned Frogs finish their non-conference slate with a 10-1 record, which ties for the best start to a season in program history (2003-04) and currently stands as the best record in the Big 12 Conference.

Akomolafe finished Saturday’s contest with a career-high tying 15 points along with 11 rebounds, giving her a double-double for the second time in two games against Alcorn State. She previously accomplished the feat in a win over the Lady Braves on Dec. 20, 2016.

THE RUNDOWN
After a back-and-forth first quarter the Horned Frogs started to pull away in the second with the help of a couple key runs, including a 11-1 stretch to end the half. TCU’s defense managed to hold Alcorn State scoreless in the final 2:32 as it took a 33-21 lead into the locker room.

Amy Okonkwo and Akomolafe paced the Frogs with seven points each in the opening half with Akomolafe  shooting a perfect 3-of-3 from the field and grabbing a team-leading six rebounds and two assists.

TCU came out to start the second half and dominated the entire 20 minutes. A 30-0 run spanning the final 3:51 of the first half through the 1:22 mark of the third quarter help the Horned Frogs break open the game.

The Frogs allowed just two points in the third quarter and eight in the fourth to set a new school record for the fewest points allowed in the second half of a contest. The 31 total points allowed tie for the fifth-fewest ever by a TCU team.

The 57-point margin of victory ties for the ninth-highest in program history and marks the largest win for TCU since it defeated Houston Baptist by 58 (96-38) on Nov. 12, 2010.

Okonkwo led the Frogs against Alcorn State with 17 points, hitting three of her six 3-point attempts. Freshman Yummy Morris came off the bench and posted a career-high 13 points to go along with six rebounds in 16 minutes of action. 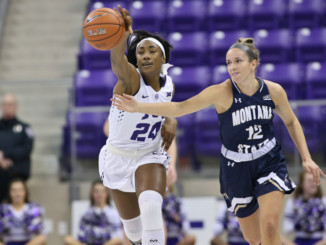 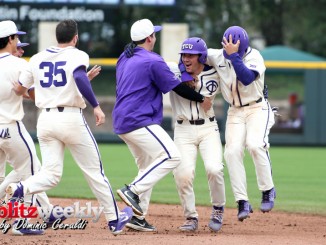 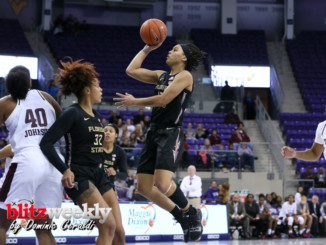