Now the time has come for TCU and all the other Big XII contenders to show the naysayers across the country who criticized their schedule so far, that the Frogs are one of the top teams in the country and shut them up. For the next four weeks they play each other, all who are ranked in the Top 16 in the recent first playoff rankings.

The #8 TCU Horned Frogs will travel up to Stillwater, Oklahoma to face the #14 ranked Oklahoma State Cowboys. The victor in this clash at Boone Pickens Stadium will make an ascension up the rankings without a doubt.

The Horned Frogs come into this game after a nine day layoff due to their Thursday night manhandling of West Virginia last week by the score of 40-10. Oklahoma State was victorious as well in their last game, a shootout with Texas Tech 70-53. Both teams currently sit at 8-0, 5-0 in conference play. The Cowboys will be looking to exact revenge on the Frogs after they were obliterated in Fort Worth last year 42-9.

The Cowboys offense is led by sophomore quarterback Mason Rudolph. The offense has exploded as of recent, scoring a staggering 123 points in the last two games. Rudolph is completing just a hair under 64% of his pass attempts for 2,482 yards and 12 touchdowns. The offensive line play has been solid all season and the committee of running backs who carry the load is led by Chris Carson and Rennie Childs have been good enough to help move the chains. Senior David Glidden is Rudolph’s main target in the passing game. Glidden has 38 receptions for 628 yards and three touchdowns on the season.

Defensively the Cowboys haven’t been as solid. Not a good position to be in with the high powered Frogs rolling in. They will get a heavy dose of Heisman candidate, quarterback Trevone Boykin, on Saturday. Passing for 2,927 yards on the season, Boykin has been a headache to all defenses he has come up against this year. Always a threat to run the ball, as evident with his six rushing TDs, he has dissected secondaries as well with his arm, completing 66.7 % of his throws.

If ever there was a time that two players from the same team should get the invite from the Downtown Athletic Club in December, this year may definitely be one. Receiver Josh Doctson of TCU is having himself a “Heisman-like” season as well. In just eight games he has amassed 1,250 yards on 71 receptions and 12 TD’s. He has been beating all coverages thrown at him all season. Doctson is approaching a 2,000 yard season, definitely Heisman material production.

With the TCU defense getting healthy at the tough part of the schedule, a serious run at an undefeated season looms near for coach Gary Patterson’s team. Surviving the next four games will be crucial for the Frogs as they look to “leap” up in the College Football Playoff standings with hopes of being one of the ‘Chosen Four’. 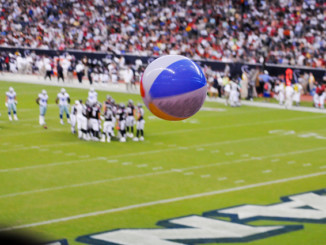 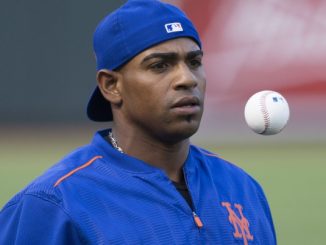