The North Texas Mean Green had a difficult time, yet again, sustaining any kind of offense and getting stops on defense, and fell to the Middle Tennessee Blue Raiders 41-7 in a game that was one way traffic the entire way.

If that last statement above does not illustrate how bad this game was, then maybe this one will. The Mean Green had three turnovers and managed to convert third downs only 33% of the time. This challenged offense made the Blue Raiders defense look national championship worthy.

Starting quarterback DaMarcus Smith had another bad game as he completed 10 of 17 pass attempts for 80 yards and an interception. Even though he did manage to score the only Mean Green touchdown of the day on a qb run from the one yard line, it was not enough to ensure that he would stay on the field the entire game.

Of the three quarterbacks that played for the Mean Green, Andrew McNulty had the best completion percentage at 100 percent, but did not throw the ball down field or challenge the Blue Raider secondary in any way. He completed four of four passes for only 16 yards.

When it comes right down to it, this team is not that talented. Sure they have some skilled players. Heck every team does. But when you take the time to evaluate this team and the players that they have at different skill positions, they just do not match up well with pretty much any team in FBS.

Wide receiver Carlos Harris, arguably UNT’s most explosive and dynamic playmaker, only had three catches for 20 yards The Blue Raiders did a pretty good job of completely taking him out of the game. Darvin Kidsy, another wide receiver for the Mean Green, had four catches for 53 yards and led the team in receptions and yards. Kidsy has been pretty much a non-factor all season long, leaving teams the ability to key in on Harris.

The only plus in this game was that the Mean Green managed to rush for almost two hundred yards with a sort of by committee approach that proved successful. Maybe interim head coach Mike Canales has found a way for his running game to be more productive as they prepare for their final game of the season.

If Canales’ first stint as interim head coach can be considered a partial success, then this one can only be considered a total failure. Of course it is not completely his fault as he was left with a team in disarray after Dan McCarney was unceremoniously fired when the Mean Green were soundly defeated by FCS Portland State.

This game, like most of Mean Green’s games this season was hard to watch. It showed all of their weaknesses and oddly enough, most of their strengths, which are few and far between. 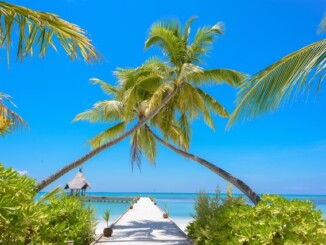 3 Reasons to Vacation At Least Once A Year 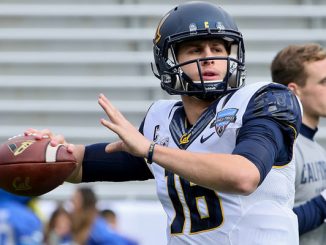