Aries: March 21-April 19
This month you’ll make a new friend who has the potential to become your new best bud. However, your girl will seduce him, and both of them will laugh their asses off at you – while he drinks YOUR beer in YOUR bed.

Taurus: April 20-May 20
Simply put, you’re a manic-depressive schizophrenic. A real fucking weirdo. This month, you are likely to be busy furthering a passionate carnal relationship with a latex sex toy.

Gemini: May 21-June 21
People generally detest you and they are absolutely correct in their estimation of you. The heavens suggest that you are likely to be murdered and your body disposed of in several trash cans. This will cause much joy and celebration in the lives of all who know you.

Cancer: June 22-July 22
Someone to whom you owe money to is likely to beat fifty shades of shit out of you this month.

Virgo: August 23-September 22
You are practical and persistent. Most people think you are stubborn and bullheaded but in reality you are nothing more than a pain in the ass.

Libra: September 23-October 22
Children might be our country’s greatest resource but that doesn’t mean that you should keep them locked up in your garage.

Scorpio: October 23-November 21
You are likely to be addicted to fetish pornography and import German sex toys. You seriously need to consider mail-ordering a bride from some impoverished country in Eastern Europe.

Sagittarius: November 22-December 21
You’ll be amazed by the lengths that some people are prepared to take to get out of a burning bar on lower Greenville.

Capricorn: December 22-January 19
You smoldering ashes will be proof that lightening can strike the same place twice.

Aquarius: January 20-February 18
Aquarians tend to be anal-retentive. No, wait… that’s Librarians. Aquarians are the eternal optimists, seeing the best of any situation. Most people consider you to be the greatest living moron. 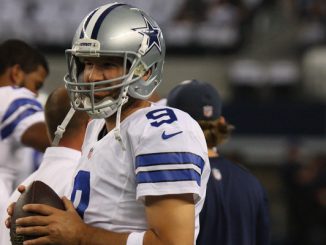