As the era of the College Football Playoff system kicks off, we want to make sure that you can navigate the terrain.

From 1998 to 2014, the nation’s best college football team was determined by placing value on a slew of bowl games along with a championship game between the two best ranked teams at a site rotated between four Bowl Championship Series Bowl sites.

Now, those of you who have spent year after year beseeching the powers that be to devise a true playoff system finally have your wish. In essence whosoever shall be deemed the top four teams in the country shall meet in a semifinal format with the No. 1 seed facing No. 4 and No. 2 battling No. 3. The winners will meet at AT&T Stadium for a national title game to determine the national champion.

Playoffs…Playoffs? Playoffs!
There will be a 13-person committee that shall rank the top 25 teams in college football starting at midseason and then determine the top four at season’s end. We all know how long and arduous the whole process can be of knocking out 34 bowl games in two-and-a-half weeks.

Hosting Rotational Parties
What if I were to tell you that the feature spots of the semifinal games were to be played on a rotational basis New Year’s Eve or New Year’s Day? Those you have long known such as the Cotton, Peach, Rose, Sugar, Fiesta, or Orange Bowls will now be the sites of these determining matchups.

This year’s semifinals shall be in Pasadena, Calif. (Rose). and New Orleans (Sugar) on New Year’s Day before the Jan. 12, 2015 national championship in Arlington.

Each year the four-team seedings and matches shall switch off amongst the bowls mentioned to end or welcome a new year. The national championship game shall then be played one week after the semis. Interested parties wanting to host the national championship game can do by submitting a bid. After Arlington in 2015, Glendale, Ariz. will host the 2016 game followed by Tampa, Fla. in 2017.

In keeping with the rotation for each year’s semifinal hosts think the Rose and Sugar, Orange and Cotton, then Fiesta and Peach Bowls. Of interest now with this new tradition, each of these games shall be played within a 36-hour time period in back-to-back-to-back fashion.

Selection Committee
Members of the selection committee include former players and former coaches, former administrative directors and student athletes for a duration of three years. The basis for consideration to serve on this board is to exhibit integrity and to not be involved in the college game in any capacity mentioned heretofore. Some of these names you will indeed recognize:

Objectives of the Committee
The group of 13 shall meet during the season to track and rank the top 25 teams in the land and ultimately work toward determining the four-team playoff. Members also will decide which teams will play in the bowl games where the semifinal games will not be played.

When Do the Rankings Begin?
The selection committee will release its first top 25 ranking Oct. 28. Throughout the season new rankings shall be released until the regular season ends. Once all conference championship games have concluded the committee will select the semifinal seeds. We will all find out by the good people over at ESPN.

What Will be the Criteria?
Conference champions, strength of schedule, win-loss records and head-to-head results, among other factors. You also will not have automatic qualifiers for a team to advance into the Final Four. Imagine if all of your top qualifying teams came from one conference. There is no cap or limit on the number of teams of any conference.

Happy New Year Each Year?
Not exactly. Think of this rotation as follows: If the Rose Bowl is one of the hosts for semifinal play then indeed the New Year will begin with the lather of playoff football. Otherwise two out of every three years the elimination games will now take place on New Year’s Eve.

The Price of Determining a Champion
ESPN forked out $7.2 billion for the right to cover this tournament of champions. In the event the format stays at four teams in the current 12-year pact that equates to a cost of $200 million per game! That in itself can lead to a lot of hangovers before and after the year has begun.

A Windfall for the Networks/Universities?
It is being conjectured that the BCS format for the title game brought home $180 million. The new playoff format is expected to generate in the neighborhood of $600 million. That’s not exactly chump change and a heck of an economic benefit for the host cities of these events. I am already imagining all the headaches for proposed cities to host the championship game.

Is There a Benefit to Using a Selection Committee Compared to Previous Methods?
No more computers, no more coaches, no more polls. Good enough, I’d say!

Is There Anything Special About the Title Game We Need to Know?
In the BCS period a team in the championship game was required to account for 17,500 tickets. Now for a semifinal game and title match the numbers a school needs to remember for representation are 12,500 and 20,000. Put another way 32,500 seats and you’re set if you get to the Finals.

Will the Rose Bowl’s Luster Be Lost in Non-Title Years?
When there is no semifinal in Pasadena you can continue to enjoy the tradition of a Big Ten and Pac-12 matchup on New Year’s Day.

With So Many Games to Monitor in the Course of the Fall, How Does the Committee Track Each Game?
Each member of the selection committee will be fitted with iPads and special software to be able to watch any game at any time at their leisure.

Is There a Possibility of ‘Home Field Advantage’ to a Semifinal Game?
If you are a team like LSU or USC there’s always that possibility. This is not to say however that a No. 1- seeded team won’t be protected from a home game. This could fare well if you’re a No. 4 so to speak.

Okay, But What About a Potential Conflict of Interest? What If We See a Manning or a Luck in These Games?
As stated in the rules any committee member who receives compensation from a school or has a family member then that member must remove himself/herself from voting/deliberating on said school.

What Will a Playoff Game Cost Me?
Let’s see, if you include traveling expenses and wanting to attend the semifinals ticket pricing will be more costly than the face value amount of $800+ you see for Super Bowl tickets. Invest in a piggy bank and rob the 401K.

Will It Make a Difference Which Conferences Get the Final Nod?
The likelihood that teams from the Big Ten, Big 12, or SEC will have the higher visibility when the rankings come out each week is possible. There is however no limit to the number of teams from a conference.

So What Have We Learned About the Fall of the BCS?
• An elimination round now exists in college football.
• A selection committee will pick the top 25 teams in the country and seed the playoff.
• Six prestigious bowls will take place on New Year’s Eve and New Year’s Day, broadcast by ESPN.
• The Rose Bowl and Sugar Bowl will host this year’s semifinals on New Year’s Day.
• This year’s national championship game will take place in North Texas.
• No more polls, no more computers, no more coaches with pull. Now it’s 13 people who are a part of the process.

If you are the kind of person inclined to go out and ring in the New Year the good news is that you can get your bowl game fix on New Year’s Eve before the buzz of forgetfulness kicks in two out of three years. The third year you can plan on awakening to a blitzkrieg of action as your mind tries to focus and sober up.

It Only Took Three Months 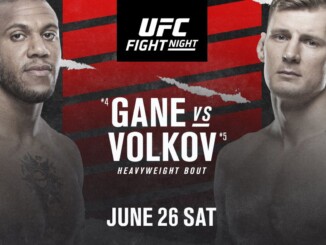