Last night’s game wasn’t about exactly about watching the Cowboys top players such as Dez Bryant, Terrance Williams, Jason Witten, Tony Romo, Sean Lee, or Orlando Scandrick. It was about getting a look at our top draft picks, Bryon Jones and Randy Gregory, and undrafted players such as Lucky Whitehead and Gus Johnson.

Here are my thoughts:
Offense: Overall, I think the offense was okay. Brandon Weeden looked all right going 4 for 5 for 42 yards and QB rating of 101.7. As far as the quarterback position went, I was most impressed with Dustin Vaughn. Vaughn went 12 for 18, throwing 106 yards, and finishing with a quarterback rating of 82.2. Jameill Showers finally came in the fourth quarter and finished 5 for 11 for 40 yards, and even rushed for a total of 18 yards, and even made a great tackle on special teams. Second-year wide receiver Devin Street made made a few Dez-like catches finishing with three catches for 45 yards. Gavin Escobar made a few impressive catches. The way Escobar plays and executes reminds me of Jay Novacek. Lucky Whitehead only had one catch for just two yards. Now as far as the running game went, I saw that there’s much work to be done. Since Darren McFadden, Joseph Randle and Lance Dunbar didn’t play any snaps, the Cowboys running game was limited. Gus Johnson looked all right as he finished his night with 13 carries for 35 yards and one touchdown. Lache Seastrunk finished with five carries and only had 16 yards. Overall, Johnson and Seastrunk ran for a total of just 51 yards. However, there’s been reports that Johnson suffered a separated shoulder, and it’s unclear how much time he will miss.

Defense: I liked what I saw on defense. I was really impressed with the passing defense, as they only allowed a total of 75 passing yards. The rushing defense looked average, but there’s still a bit of work to be done. Byron Jones looked all right and he was really good at covering. Randy Gregory didn’t see any snaps in the first quarter, but was able to sack the quarterback once when he finally got onto the playing field. The Cowboys defense finished the game with three sacks, but failed to force any turnovers, which would not satisfy Cowboys defensive coordinator Rod Marinelli. Although Jack Crawford did record a sack-fumble, but the Cowboys defense failed to recover the ball. DB Corey White really caught my attention during the game. He was able to cover well, and he finished his night with two pass-breakups, and now I think his chance of making the team has increased a little bit.

Special Teams: Nothing big.We didn’t get to see Dan Bailey attempt any field goals. Lucky Whitehead did fumble the ball after making a 20-yard punt return, but other than that, there’s nothing much to report.

The Cowboys will next take on the San Francisco 49ers in Santa Clara, California on August 23. Reports indicate that Lance Dunbar and Joseph Randle will be getting some snaps. 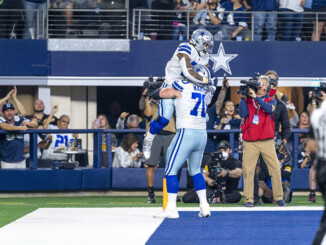 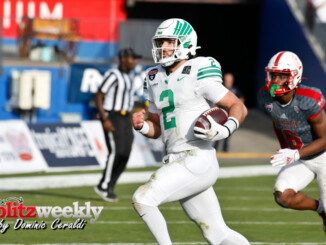