The superhero genre is exploding, and the latest sequel to the Avengers franchise is only the beginning. Marvel has movies lined up to 2020 along with several Netflix series, DC is competing with Marvel with its films – also leading to 2020, Valiant Comics just received a green light for three of its books to hit the big screen, and Image Comics has seen success with The Walking Dead and has more hits on the way, i.e. Sex Criminals.

Basically, if you are a fan of comic books or comic-based films, then you are in for a treat over the next few years. However, if you are feeling as if the silver screen has seen too many action-filled hero-versus-villain ventures, then you are not going to see the end of it anytime soon.

We can spend hours debating whether or not theaters are oversaturated with these films. I, for one, do not believe that audiences are becoming tired of them. At least, when it comes to the Marvel Cinematic Universe, the company has achieved a seemingly impossible task. It has effectively created a contained universe that no longer requires explanation, build-up, or drawn-out origin stories. Almost everyone has seen Avengers: Age of Ultron, but for those who haven’t, skip the next paragraph, because I will dive into parts of the film to further this idea.

When the film starts, the Avengers have assembled and they are in the thick of battle. Unlike the first film, which spent the entirety presenting an antagonist established in an earlier film and providing a situation that gave reason as to why these heroes needed to band together, the sequel assumes the audience already witnessed these events. So, Ultron is created – with little origin – and the Avengers must gather again to save the world. Hell, even Thanos was teased again (spoiler again, but if you haven’t watched the movie yet, then that’s your loss) and future storylines were set into motion.

These films continue to truck onward, as the company has a plethora of insanely successful films, and even minor misses (looking at you Iron Man 2) that do not hinder the overarching narrative being laid out. Each movie set the groundwork for the next film in line, which keeps the interest level high and fans clamoring for more. DC, on the other hand, must prove itself. Green Lantern was, well, awful, and Man of Steel was a dud (dark Superman? – that’s not fun for anyone). The company has a plan in motion and a pre-Justice League movie on the way in the form of Batman v. Superman, but the plan can crash and burn if the upcoming release doesn’t impress audiences or give them a reason to care about their heroes (again, dark, gloomy, gritty Superman). The Dark Knight Trilogy gave us a dark, gritty landscape, but that doesn’t mean that DC should make all of their heroes brooding and angry. DC can bring things around, as it does have the star-power and interest to bring people to theaters.

The biggest and most welcome surprise comes from the indie leagues. The Walking Dead has been a runaway success, and even when the show hits its lows, it is still a ratings juggernaut that dominates Twitter on Sundays. It should be no surprise that Image now has more on the way, as Spawn and Sex Criminals will now be in the spotlight.

Though I’m not a fan of The Walking Dead, I can understand the fandom with the quality of writing and production, and if Image pushes for this with every venture, big screen or small, it will continue to increase in notoriety and viewers. Valiant Comics fell ill to the lackluster comics of the 90s and into obscurity, until a few years ago when it reemerged with its stellar, reinvigorated characters. Now, the company is riding high with its constant praise, which led to producers pushing for its books to grace the silver screen. Within a few years, audiences will be treated to Harbinger and Bloodshot.

This all sounds very exciting, but with personal biases and anticipation aside, it is easy to see why some people can become weary of these films, or wonder if they will become tired of seeing heroes in epic third-act throw-downs. As stated earlier, I don’t believe this is the case, or will become the case. These companies all have a wide variety of characters, each with interesting backstories, motivations, etc. The mainstream heroes had early entrances into the lives of casual moviegoers, but now lesser-known characters are having their moment to shine.

Daredevil is a critical success and Guardians of the Galaxy blew audiences away, which means people are more willing and ready to see the more unknown characters, which in turn gives these companies a chance to push different films. It’s not about the genre becoming oversaturated and bloated, but more about how these companies approach the way they present these heroes, and if they can create new, fun adventures with each outing.

The superhero landscape is expanding, which has me excited. I think we should all strap in, grab some popcorn, and enjoy the ride. 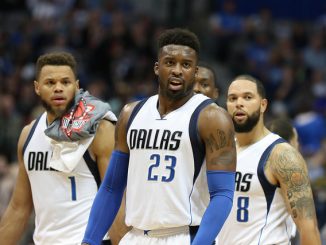 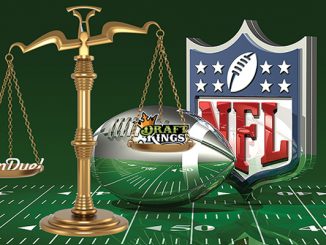 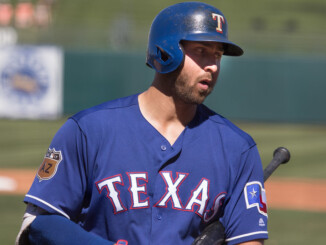