Wondering why the Texas Rangers have been so surprising thus far in 2015? Improved health from some key offensive players certainly is one major reason. But another just might be the pairing of two long-time friends who learned all about winning in the most unlikely of places – Milwaukee.

Yes, designated hitter-first baseman Prince Fielder and Opening Day starting pitcher Yovani Gallardo were key components in the Brewers making the playoffs in 2008 and 2011 after missing them since 1982. Plus their wives and children were close during their five years in Brew City.

“That’s not why we traded for him but it’s a bonus,” said Texas general manager Jon Daniels before a late March exhibition game in Surprise, Ariz. Daniels conferred with Fielder and Mike Maddux, Gallardo’s first pitching coach before coming to Texas, in advance of completing the Jan. 19 deal.

“It just helps to know what to expect personally off the field and in the clubhouse,” Daniels said. “We’re all creatures of habit and a function of the relationships we have, and if you can have a familiar face you will be more comfortable.”

It also didn’t hurt that Mexico native Gallardo was traded to his adoptive home town after growing up in Fort Worth. That helped calm the initial surprise of the transaction.

“It was my first time getting traded after spending the past 10 years since I got drafted with Milwaukee,” Gallardo said. “After that I was excited at the opportunity to play at home and just play before family and friends and having Prince back at first base after spending that time with him in Milwaukee and a short period of time with Maddux.

“His wife (Chanel) and my wife (Patricia) were pretty close friends and even after he signed with Detroit they stayed in contact. Our kids are right around the same age. They grew up together especially the boys (Yovani Jr. and Jaden and Haven Fielder). They grew up together so they were pretty excited for sure. I brought them in the clubhouse a couple of times here and let them run around like they did in Milwaukee and it was pretty fun. You could tell they were pretty excited to be on the same team and in the same clubhouse.”

Perhaps nobody was happier to learn of the reunion than Fielder.

“Not only is he a great player, he’s a great friend coming over here,” Fielder said. “I was real excited about it. We all kind of grew up together so it’s a great feeling having him back on the same team.”

Gallardo, 29, graduated from Fort Worth Trimble Technical High School after which he was drafted by the Brewers in the second round of the 2004 draft, the 46th overall pick. He made his Major League debut on June 18, 2007, two years after Fielder, 31, a California native and the seventh overall pick of the 2002 draft out of high school in Melbourne, Fla.

After missing most of the 2008 season with injuries, Gallardo started one game of the 2008 Wild Card round against the Philadelphia Phillies. The Brewers lost in four games with Fielder hitting the Brewers’ only home run.

Gallardo pitched in three games during the 2011 post-season after the Brewers won the National League Central. They beat the Arizona Diamondbacks in the first round before losing to the St. Louis Cardinals in six games in the National League Championship Series. Had they beaten the Cardinals, they would have faced the Rangers in the World Series.

The friends split up after those playoffs when Fielder signed a big contract with the Detroit Tigers where he played for two seasons before being traded to the Rangers for Ian Kinsler. After a 2014 season cut short by neck surgery, Fielder returned to spring training upbeat and looking like his old self.

“I’m really enjoying the game again,” he said. “You don’t realize how much you do enjoy it because after a while you try not to but you do take for granted your health. I had never been hurt. I played every day. I loved the game but I kind of took it for granted. I played first base and figured what could happen.

“But now that the game’s been taken away from me for a little while, I realized now how much I love it. I loved it before but it’s a new spark. When something is taken away, and you finally get it back, you want to make sure you never take it for granted again.”

That explains why (as of press time) Fielder is among the top American League hitters with a .340 average and hits with 90, on-base percentage of .408, runs batted in with 47, and a combined on-base/slugging percentage of .929.

Gallardo has been steady so far in 2015 with a 6-6 record and 2.98 earned run average in 15 starts. His numbers have been exactly what Fielder predicted.

That’s what happens when you get a second chance to compete with someone you know well and in a place you call home.

“To get the opportunity to play for the team I grew up watching it’s pretty exciting,” Gallardo said. 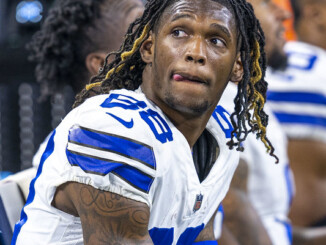 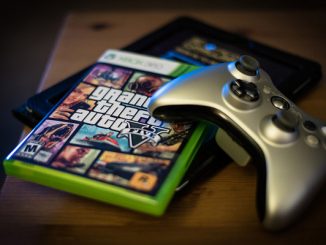