The news issued by TCU coach Gary Patterson was one of concern for the legion of Horned Frogs fans. All American candidate wide receiver Josh Doctson is done for the remainder of the season. The wrist injury suffered against Oklahoma State on November 7 has continued to be an issue for him. This could be a huge obstacle to overcome for quarterback Trevone Boykin. Well that is if he plays Saturday as well. Patterson also said that his Heisman Trophy candidate signal caller is a “maybe” for the game.

Without two of the nation’s top players, walking into the Gaylord Family-Oklahoma Memorial Stadium Saturday night at 7:00 PM and coming out with a victory over the #7 Oklahoma Sooners will be a difficult task for a #18 ranked TCU team that has been reeling of late. They survived a scare last week at home to a winless Kansas Jayhawks team, 23-17.

If Boykin is unable to go, the task of leading a beat up offense against the best defense in the conference will fall on the shoulders of redshirt freshman quarterback Foster Sawyer. Bram Kohlhausen, the season long backup to Boykin, did not perform well in relief last week. Help for whomever is under center Saturday can come from a solid running attack headed up by Aaron Green and Kyle Hicks. The two combined for 226 yards last week, with Green leading the way with 177 yards on 30 carries. An effort similar to that will go a long way in helping whichever quarterback is in the game.

The Frogs defensive unit, the much maligned defensive unit, will face its toughest challenge all season with the Sooners high powered and well balanced attack. Quarterback Baker Mayfield is playing the position at an elite level recently. Since the horrendous loss to Texas back in October, he has completed 74.7% of his pass attempts and led an offense that has averaged 55.2 points and 618 yards a game. He has had help along the way with the outstanding running tandem of Samaje Perine and Joe Mixon. Mayfield spreads the ball around in the air but his favorite target is receiver Sterling Shepard.

Oklahoma will be looking to avenge a 37-33 loss to the Frogs last year in Fort Worth. Coming off a great victory over then #6 Baylor, the Sooners are looking unbeatable these days. If not for the slip up in Dallas against rival Texas, they would definitely be ranked in the Top 4 by the selection committee. A victory over TCU will go over well with the voters. A huge victory will get a rise in the polls. 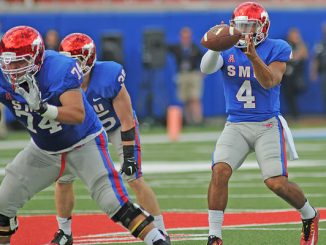 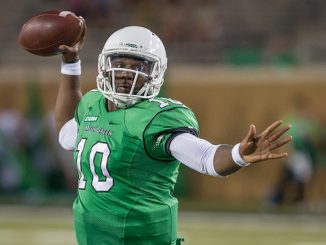