In his first season in Austin, Charlie Strong named Tyrone Swoopes (2,409 passing yards, 13 touchdowns and 11 interceptions in 2014) his starting quarterback. The results were not pretty as the team ended the season with a 6-7 record and a 31-7 loss to the University of Arkansas in the Texas Bowl. Swoopes was thrown into the fire after David Ash decided to end his career due to concussions.

In a Bleacher Report article: “The reality is, Swoopes has not had great development,” Bleacher Report college football lead writer Ben Kercheval said. “Part of that problem could be on him, but he’s been incorrectly utilized and had to learn a new system on the fly. Plus, Swoopes, never proved he had the edge in spring ball.”

After redshirting for the 2014 season, redshirt freshman Jerrod Heard has taken strides forward during spring drills with the possibility of being starting quarterback for the University of Texas.

Heard, who won two Class 4A state championships at Denton Guyer High School in 2012 and 1013 and appeared in a third in 2011 and made the simple plays looks effortless. He finished his career with a record of 36-8 as a starter, 6,524 passing yards, 67 passing touchdowns, 23 interceptions, 68 rushing touchdowns and 4,960 rushing yards.

In an article from the Star-Telegram: “I told him [Heard] coming off the field that the single most important that has happened to this football team was his improvement,” quarterbacks coach Shawn Watson said.

While a student at the University of North Texas, I volunteered at KNTU 88.1 the One as the station’s statistician and was a member of the crew that covered Denton ISD high school football which saw Heard win back-to-back state championships and made an appearance in a third, to see him sit out a season did not come as a surprise to me. One aspect of his skill set which I found came easy was throwing the precision plays that rely on timing (slant routes and his running ability.) However, he struggled with the deep throws. Furthermore, his size (6-1, 190) is another concern, given the size differential of most defensive players in college football will be an adjustment for him should he be named the starter.

Furthermore, a reported offensive philosophy change has both fans and coaches optimistic for the 2015 season. The team is reportedly transitioning in to the spread offensive scheme, which is used by three other teams in the Big 12 Conference (Baylor, Oklahoma State and TCU).

My prediction: I see similarities between Heard and Vince Young in respects to their similar skill sets. Going forward, I see Heard and his skill set having an opportunity to see playing time as the starter. 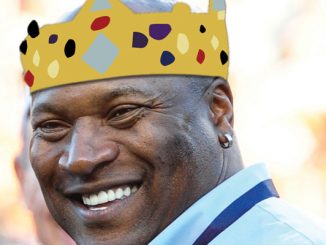 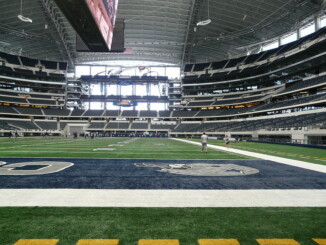 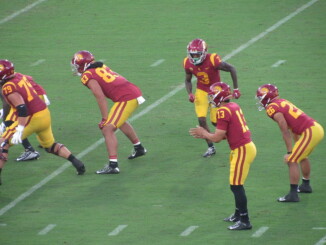