The Houston Texans Cheerleaders officially announced their 2015 team in a private ceremony held in the Houston Methodist Training Center next to NRG Stadium. The final 35-member team that includes 12 rookies was selected from a group of 50 finalists based on performances at private rehearsals as well as input from Texans fans through HoustonTexans.com.

The process of selecting the team began on Saturday March 28th as over 1,000 ladies were on hand for the what is annually the largest tryout in the NFL. There was no registration fee for the auditions and candidates were required to be over the age of 18 and must be either a part-time student or have a part-time job in order to be eligible for the 2015 Houston Texans Cheerleaders.

With pulse-pounding music throughout the training center, the tryouts felt as much like a popular Las Vegas nightclub as a dance audition. While the atmosphere was that of a party, this night was all business as the ladies lined up in groups of four and performed for the group of judges that included former cheerleaders, local media members, selected suite holders and “super fans.” The wide variety of music played ranged from Everything She Wants by Wham! from back in 1984 to the more recent mega-hit Take Me to Church by Hozier.

“I was locked in when I went in front of the judges so much that I could not even tell you what music was playing,” said Delaney, who is returning for her fourth year wearing the red boots. “Being a Houston Texans Cheerleader is so much fun, it has become part of my life and I don’t know what I’d do without it.”

Delaney and Madison, who received the Leadership Award for the 2014 season are among those who will be returning. To see the full list of the 2015 Houston Texans Cheerleaders, visit HoustonTexans.com.

SEE ALSO: Game Day with the Houston Texans Cheerleaders from December’s game against the Ravens at NRG Stadium. 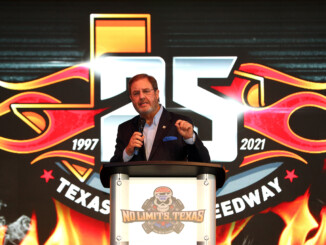 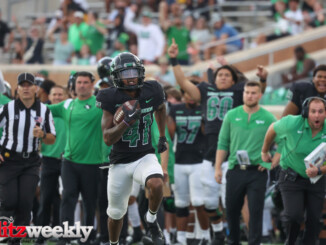 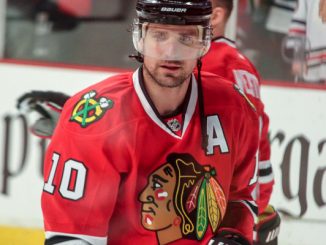