Perhaps the hardest hard-science fiction movie to date, Gravity is both a breath-taking, sometimes awe-inspiring, and often chilling examination of the dangers of space exploration, what it takes to endure this harshest of environments, and a confrontation with mortality. Or to put bluntly: It makes Apollo 13 look like Capricorn One.

Co-written by Alfonso Cuarón and his son Jonas, and directed by the former, it’s an intensely intimate story as well as a stunning technical achievement. Most movies released in 3-D make only marginal use of the format; Gravity flat-out demands to be seen in the format.

The intense teaser trailer released earlier this summer only hinted at the final product, setting up Sandra Bullock and George Clooney as astronauts who survive a catastrophic event in orbit, only to find themselves in even bigger danger. Bullock is Dr. Ryan Stone, a medical engineer on her first mission, that of installing an upgrade to the Hubble Space Telescope; Clooney is a self-assured mission commander Matt Kowalski, who’s testing a new EVA unit. (Ed Harris briefly appears in a subtle “cameo” role as the voice of Mission Control.) The mission goes south when a massive debris field kills their crew members and destroys the fictional space shuttle Explorer, leaving them adrift in orbit. All of that takes place in the movie’s impressive 13-minute zero-g tracking shot — and that’s just for starters in terms of both technical wizardry and life-or-death peril.

While Stone and Kowalski’s situation seems hopeless at first, but quickly becomes a matter of getting to an orbital space station and hitching a ride — a task that proves easier said than done. The Cuaróns keep the story simple and plausible, and work in enough character development (which mostly consists of saddling Stone with some weighty emotional baggage) to flesh out its players and allow them to come across as people rather than cut-outs. Bullock and Clooney prove to be smart choices for the roles, bringing the necessary gravitas (pun intended) without showboating or being overwhelmed by the movie’s technical requirements. The focus is on Bullock, and she owns the role without wallowing in it.

Cuarón proved himself a capable director a decade ago with the art house drama Y Tu Mama Tambien, followed quickly by a revitalizing jump to the Harry Potter franchise and later by the ambitious, low-profile Children of Men. Here, he goes largely for visual experimentation, utilizing a mixture of digital photography, CGI, and custom camera and lighting rigs. He also bends the rules a lot less in regards to life in space; thus, there is no sound in the vacuum, a fact that isn’t as off-putting as it may sound, and one that the director compensates for through judicious use of Steven Price’s almost avant-garde score.

A large amount of credit goes to cinematographer Emmanuel Lubezki and visual effects supervisor Tim Webber; their seamless blend of live action, animation, and CGI results in some unique, mind-boggling camera work. In one notable seamless sequence, the camera closes in on Stone as she tumbles helplessly into space, locks onto her as the focal point of the shot so that she seems to remain still while everything else spins around her, and then glides into her helmet for a POV shot of Mother Earth and the vast field of stars that surrounds her. Space has never seemed, so real, so deadly, or so awe-inspiring.

The Dos and Don’ts of: Blurred Lines 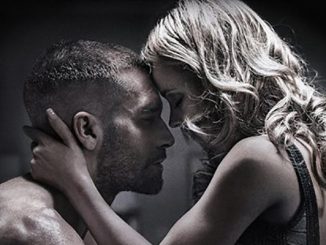