You have to like a coach who knows the importance of finishing what you start.

Not content to just be winning but to look down the road and eye the objective at hand. Just getting in is not going to fly for Dallas Mavericks coach Rick Carlisle.

Moments after a 103-81 victory over the Utah Jazz and a season high nine games above .500 at 30-21 you would have thought Dallas lost by 30 points when the following was uttered from the coach.

“I’m not happy with anything,” Carlisle muttered after the 22 point win on Friday.

Part of this mindset goes back to the days of something a previous coach once offered.

“Chuck Daly, one of his favorite sayings was ‘Don’t trust happiness,” Carlisle said about the one time Pistons coach.

“Especially in the NBA, because it can get you quickly if you start feeling too good about yourself. But I like the way we played.”

Monta Ellis erupted for 22 points while Dirk would add 20 in 26 minutes of playtime on a night Marvin Williams erupted for 21 points in the first half. At one point 5 for 7 from beyond the arc.

In the second half the Mavericks tightened up on the boards to curry a nice points in the paint advantage of 38-18 and rebounding 49-38.

A four game win streak for the Mavericks while the Utah Jazz fall to 16-33 and losers of four in a row.

“They’re a smart ballclub and we talked about it before the game. This group is a veteran team. If you make any mistakes then they take advantage of it. …We weren’t playing our best game. It was 10 points for a while and we got it down to eight, and then we could never get the energy to get over the hump,” shared Jazz Coach Tyrone Corbin.

Dirk Nowitzki certainly appreciates the importance of taking care of business at home before going on the road to play the Celtics, Charlotte, and Indiana before the break in New Orleans. A good chance for Team Carlisle to go into the break at 33-21 or 32-22.

Also a good chance at climbing into the #6 seed in the Western Conference.

On the heels of the 110-96 victory on the road at Memphis and Dallas sits half a game back of Phoenix and Golden State. Something Dirk Nowitzki is more than aware of.

“I think that’s the beauty of the Western Conference. Everything is still so tight,” Dirk Nowitzki said. “The last couple of weeks we dropped some games. We dropped some home games we didn’t want to drop, but other teams are losing, too. The West is pretty tight, and with a couple of games you can get out of the playoffs or a couple wins and you can be seventh, eighth or sixth. I mean, it’s going to be tight all the way to the end of the season.”

“It’s been that way for the last couple of years.” Dirk continued. “The seeding comes all the way down to the last couple weeks of the season, so you’ve got to stay the course. You’ve got to play hard every night and give yourself a chance to win as many games as possible. I mean, it sounds pretty simple and stupid, but you’ve got to take it one game at a time and win your home games when you can. That’s very important to protect your home court and go out on the road and steal some once in a while.”

Here’s video visit from Dirk after being able to get more rest time of late.

Roughly 30 games remain in the 2013-2014 season. Rick Carlisle continues to believe in this squad. Clearly getting into the playoffs is not good enough. Being as high a seed as possible is what the Coach is wanting to see happen. Suffice to say he might be happy for a while. 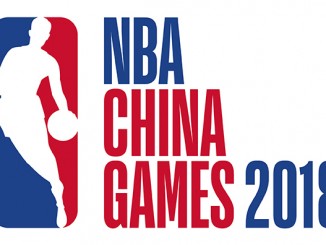 A Kidd Among Men