The Vipers took a 3-2 advantage before a minute came off the clock, but  that would be their first and last lead of the game.  The Legends stormed through the first quarter, going up 34-18.  The Vipers struck back with a 12-0 run to start the second, but the Legends then responded with a 12-0 run of their own and ultimately went into the locker room up 60-45.

Double free throws both started and ended the third quarter as Doron Lamb increased the Legends lead immediately to 17 and the Vipers hit 2 to narrow the gap to 9 heading into the final minutes.  Gary Talton hit a 3 with just under a minute and a half left to make it a 3-point game.    Damion James then grabbed his own rebound and increased the lead to 5, then smothered the hopes of the Vipers grabbing his 10th defensive board of the night to give the Legends control with 14 seconds on the clock.  Eric Griffin hit the last basket to seal the Legends 117-109 victory.

Texas had three players with double-doubles on the night.  Griffin led the team with a season-high 28 points and 10 rebounds, Renaldo Balkman added 24 points and 15 rebounds, and James posted 16 points, 12 rebounds and a team-high 7 assists.

Akil Mitchell led the Vipers with 22 points and 10 rebounds, while Tony Bishop and Earl Clark added 20 points each. 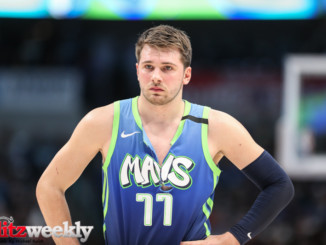 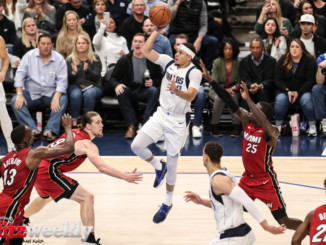