Coming into the week at the 2014 Open Championship, all of  the talk surrounded Tiger Woods and Phil Mickelson. Woods, coming off back surgery and a missed cut at Congressional, won the Open the last time it was contested at Royal Liverpool and Mickelson was the defending champion. By the end of the week, everyone was talking about Rory McIlroy and his third major victory.

“I’m immensely proud of myself,” McIlroy said after his two-shot victory. “To sit here, 25 years of age, and win my third major championship and be three-quarters of the way to a career Grand Slam … yeah, I never dreamed of being at this point in my career so quickly.”

McIlroy led wire-to-wire and took a six shot lead into Sunday’s final round. He would go on to win by two strokes over Rickie Fowler and Sergio Garcia, but the victory was never really in doubt. Fowler played in the final group for the second straight major, after having an up close view of Martin Kaymer’s runaway eight stroke win at the U.S. Open. He would shoot a bogey-free 67 playing alongside McIlroy.

“He played awesome,” Fowler said. “And it was just kind of fun to throw a few shots at him coming. To see him win was pretty cool.”

Woods finished 69th and ended up 23 shots behind McIlroy, his worst finish over 72 holes in any major. Mickelson fired a final round 68 to end up at 5-under and in a tie for 23rd place. World No. 1 player and Colonial champion Adam Scott shot a 66 on Sunday to finish 12-under, good enough for a share of fifth place.

— With as much talk as there was about Rory McIlroy’s performance on the course, the next biggest news was about his father. According to ESPN, McIlroy’s father and some friends made a wager that McIlroy would win the Open before he turned 25. The bet was $341 at 500/1 odds placed in 2004 with British betting firm Ladbrokes. 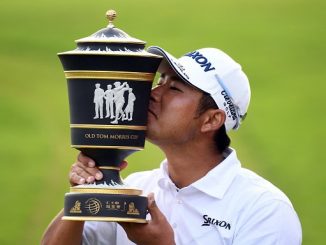 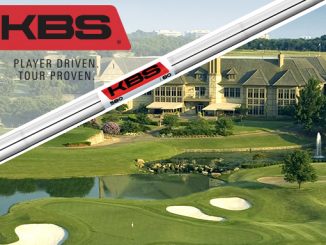