FRISCO, TX — The Texas Legends hosted the Oklahoma City Blue in their first match-up of the season.  The Legends forged a strong comeback in the fourth but were unable to match the Blue’s offensive attack, falling 113-119.

The first quarter was a back and forth scramble with 10 lead changes that found the Legends ahead by one at the buzzer.  The Blue used a 10-1 spree to take a large lead in the 2nd and held onto it through the final half.  The Legends made a determined push in the final minutes, coming within three with seconds on the clock, but the Blue escaped on the free throw line shooting 8 of 10 to close out the game.

Eric Griffin led all scorers with 31 points, 8 rebounds, 2 assists and 5 blocks.  Doron Lamb added 25 points on 4-of-9 from outside, and Damion James and Renaldo Balkman grabbed 16 points each.

Talib Zanna powered the Blue with 22 points and 13 rebounds, while Richard Solomon added the only other double-double of the game with 16 points, 10 rebounds.

The Legends will hit the road Sunday, taking on the Iowa Energy at 4pm.  The game will be broadcast live on the NBA Development League’s YouTube.  For more information on the team or the full season schedule call 214-469-0822 or visit www.TexLegends.com. 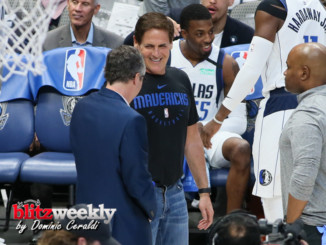 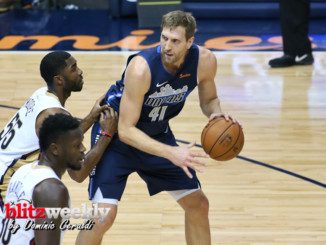