The ACC runner-up Duke Blue Devils (10-3) will try to take the spotlight away from Texas A&M (8-4) and their star quarterback Johnny Manziel. Ironically, both teams are ranked 21st in the USA Today Coaches Poll. They will have big stage of the Georgia Dome to break the tie.

Duke Blue Devils
The Duke defense did not do very well against the Heisman trophy winner Jameis Winston in the ACC championship game and now find themselves with the task of stopping another Heisman winner in Manziel. The offense is a two quarterback system with Anthony Boone and Brandon Connette. They both will be looking for wide receiver Jamison Crowder to make plays.

Texas A&M Aggies
All eyes will be on Johnny Football and wideout Mike Evans. Both are expected to enter the NFL draft after tonight’s game. If his appearance in last year’s Cotton Bowl is any indication of his bowl game ability, Duke fans will be in for a very long night. The Aggie defense has been porous at times. It will be up to linebacker Steven Jenkins and company to get things right.

Keys to Victory
For the Aggies, they just need to allow Johnny to be Johnny, as cliche’ as that might sound. It will be Duke’s task to slow him down, not A&M coach Kevin Sumlin. The Blue Devils best chance will be to make it a high scoring affair and hope to be on the winning end. 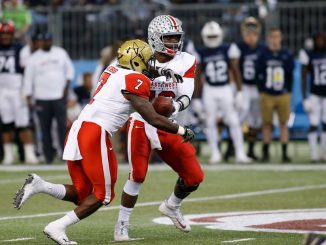