More than one month has quickly passed since the tragic events of the weekend leading up to June 17, a weekend where Odin Lloyd was found murdered and (now ex-) New England Patriots receiver Aaron Hernandez was arrested and charged with Mr. Lloyd’s murder.

In the days, weeks, months, and years to come there will be details. There will be speculation. There will be that which one might refer to as ‘tell tale signs,’ and perhaps a story or two to back up the information that is gleaned, culled, and leaked.

A few weeks ago yours truly mentioned how this had eerie similarities to the case of O.J. Simpson in 1994 in what we as a nation saw and were witness to in the media. The court of public opinion, with the amount of access to information and theories, and the final outcome differed greatly.

We also have seen this just completed in Sanford, Fla., different circumstance indeed but a tragic outcome nonetheless. Having been a lifelong sports fan the mindset about to be shared is one where ‘within the white lines of play’ we are treated to wonderful stories of grit, determination, teamwork, sacrifice, risk, reward, a win or a loss, and perhaps a record set with a kudos.

In other words sports are a welcome escape from the ills that belie our world in the here and now. Sports are that section of the newspaper where you read and see the story of an overachiever, a winner and a loser. You’ll find a statistic that validates a thought or opinion, maybe even a feel-good story about the person who overcame incredible odds to realize a dream and become a success in a given sport, or a given field.

As kids we read and heard stories about people who we wanted to believe were all pure and proper. No bad seeds, no peccadilloes, no unsavory issues, full potential reached and of course a source for ‘being a role model.’

When Charles Barkley proudly proclaimed, “I am not your role model!” in a commercial 20 years ago he actually caught flak. Flak is something Barkley has never shied away from. He believed it wasn’t up to anybody to serve as a guinea pig to proper behavior or lifestyle. In essence that’s a personal choice. Understood.

I remember Howard Cosell being one of the most vilified people in television-radio communications 40 years ago for espousing about real life matters and causes instead of merely praising Fran Tarkenton for ‘making a simple transition for a 5-yard completion in the flat.’

Cosell caught flak for daring to say what no one else was saying, for ‘telling it like it is,’ and for not being afraid to go against the grain. Google Pete Rozelle vs. Howard Cosell for more information.

Sports fans love their teams, their players, and usually their coaches when they are winning and producing and doing good deeds off the field. When a player gets in trouble with the law sometimes we forgive or choose to forget until reminded. No sport likes having a black sheep. Separate from that person immediately and do your best to discredit the offender.

Patriots owner Robert Kraft recently spoke with the media in light of what has transpired with Hernandez, saying that “I believed him,” Kraft said. “He knew how to push my buttons.”

Kraft added that if the allegation were true ‘the Patriots have been duped’ by Hernandez.

“No one in our organization was aware of any of these kind of connections,” Kraft said via the Boston Globe. “If it’s true, I’m just shocked.”

That’s certainly not new to the game of taking on players of questionable character. New England has seen the likes of Randy Moss, Albert Haynesworth, and Corey Dillon in the past. If indeed no one in the Patriots organization had concerns about the background of Aaron Hernandez maybe someone can explain a 2010 letter Hernandez sent to Patriots personnel executive Nick Caserio that can be found at Boston.com.

With the recent approval of a five-year contract extension (now revoked) no one felt that a leash was required to keep tabs on a player many in the National Football League felt had character issues. Here is where things can get dicey.

If you have an ability, possess a talent, hone your skills, success shall be yours over time. Use the same talent, run with an undesirable crowd, be in places between the hours of 2 and 5 a.m. and chances are you’ll make news for all the wrong reasons.

Any chance at all somebody saw this coming? Consider new revelations about an incident in Florida at a bar called The Swamp in 2007 over an unpaid tab. A bouncer and Hernandez got into it. We learn that Tim Tebow would play peacemaker over the whole incident and Urban Meyer is contacted and made aware. In light of the Patriots signing Tebow weeks before what happened any chance Tebow was brought on as a handler for Hernandez?

There was a story about Hernandez having words with fellow Patriots’ receiver Wes Welker over how to use a film recorder. Welker dissed the rookie to which Hernandez supposedly said, ‘F&*% you Welker! I’ll f*@% you up.’ Maybe an anger issue?

In July 2012, another incident (allegedly) involving Hernandez and a man in a nightclub who gets shot in the face. Authorities possibly are trying to connect the ex-Patriot to another murder from one year ago though nothing has been proven yet.

People will wonder, ‘Why did Odin Lloyd get killed? What did he know?’ Does the fact that Lloyd’s girlfriend and Hernandez’s fiancee are sisters complicate this whole scenario? Did Hernandez truly fear for his life as has been reported? That pistol holding selfie pic that has circulated on the Internet comes to mind.

I have no answers to any of the above mentioned. The courts will deem and decide what is, and what is to be for Hernandez and the other two incarcerated men. For some inexplicable reason idle time for some NFL players leads to trouble, sometimes big trouble.

The G word has been invoked in some of the discussion. Will we come to find out that there were gang-related tie-ins (namely a Connecticut Bloods connection) to what happened on June 17? Could someone like an Aaron Hernandez (or any other player of the NFL) be able to walk away from such an affiliation? Did he fear for his life because people from his past refused to accept that success had been reached by a person with athletic gifts?

The NFL for the longest time has been very good at monitoring any kind of press that commissioner Roger Goodell and the suits deem bad for publicity. A little is okay. Too much and one has to go away. Rest assured that from this day forward you can expect tighter and tougher measures for being able to complete and pass a criminal background check if you have aspirations about making millions in professional sports.

As one gets older you come to understand decisions made as a youngster that help get you to where you are now. A word you are going to start hearing often is ‘character.’ It’s almost as important as ‘integrity’ which I view as balance. A solid combination of the two shall give you solid footing where the road leads you today and tomorrow.

Live by the sword, die by the sword, seek trouble, ask for trouble. The company you keep, the choices that you make, the opinions you might have will affect not only yourself but the people who are in your immediate circle of friends and family.

Two lives have been forever changed, two careers radically derailed, one life irretrievably gone. One day we will learn why. It won’t change the lesson. You cannot change your environment, you can only change yourself.

This story remains in the embryonic stages. It will be front-page news when it goes to trial sometime in 2014 or later. Sadly, there will be no happy endings or reunion. For what it’s worth may the process run its course in a courtroom, and not in the newspapers or media. 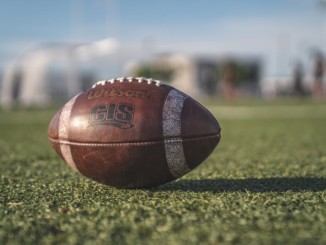