After starting out 2-0, then losing three straight games, the Cowboys went into their bye week with many issues needing to be resolved. The bye week ended up coming at an opportune time for the Cowboys. Extra time to practice hard, get healthy, focused, and be ready to take on the New York Giants this Sunday.

With Tony Romo being out with a broken collarbone, and Brandon Weeden taking over and not getting anywhere, with the running game becoming mediocre, and the defense not forcing turnovers, and failing to make stops, it was time to make some changes.

And that’s what the Cowboys coaching staff did. They’ve benched Brandon Weeden in favor of Matt Cassel, who was acquired from Buffalo earlier this season. Rookie La’el Collins will take over the left guard position for Ron Leary. There was reports that Joseph Randle was going to lose the lead role in the running game in favor of Christine Michael, but there’s been no confirmation on the situation. Although, it is necessary to give Christine Michael more snaps so he can show the team what he’s got.

It’s believed that Dez Bryant and Randy Gregory will return to the field this Sunday, but that remains to be seen.

Many people aren’t happy about Matt Cassel taking over at the quarterback position, but Weeden was given three starts, and it didn’t get the team anywhere. Now it’s time to see what Cassel can do. If Dez returns this Sunday, and if Cassel can connect with him on some deep passes, then the Cowboys will finally have the offense they’re destined to have. The Giants will not have their best corner-back, Prince Amukamara this Sunday due to a pectoral muscle injury, so the Cowboys need to take advantage of it. With Dez, Terrance Williams, Jason Witten, Gavin Escobar, and Cole Beasley all on the field, Cassel will have plenty of weapons. But they cannot abandon the running game.

With Greg Hardy and Rolando McClain back in the line up and healthy, the defense seems to be seeing the light. And if Randy Gregory does, indeed, return this Sunday, the Cowboys will be a big threat to the Giants offensive line and to Eli Manning. The biggest thing the defense needs to focus on is to apply pressure on opposing QBs so they can force more sacks, tackles for losses, and most importantly, some turnovers. With Hardy, Gregory, Tyrone Crawford, DeMarcus Lawrence, Jeremy Mincey, Sean Lee, and Rolando McClain all healthy and ready, they’re capable of inflicting some serious damage.

If the Cowboys are healthy, and focused this Sunday, they’ll not only be ready to take on the Giants, but they’ll be capable of beating them, and sweeping them for the third year in a row.

The Cowboys will take on the Seattle Seahawks at home after their bout in New York. Despite Seattle’s 2-4 record, the Cowboys can’t sleep on it. Seattle is still a dangerous threat. 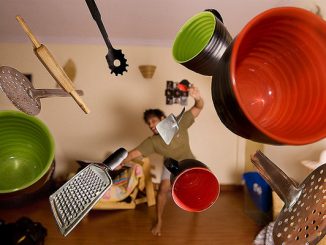 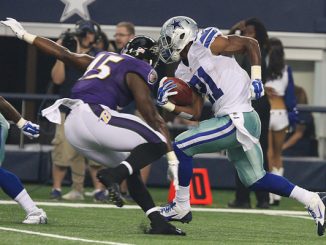 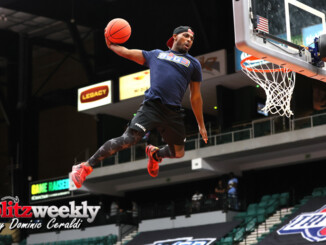 The Big3 Is Awesome: Week 5 Preview