Good evening, Mr. Bond. Glad you could make it to the party. Too bad you won’t be staying long, I so enjoyed our little run-ins with each other. But I must be going now. And for you, let’s just say your fate lies with the fishes. Mwuhaha…

What I love about James Bond movies the most is that just when you think Agent 007 has lost and the world is doomed, the arrogance of his evil counterpart leads to Bond’s escape which ultimately leads to the antagonist’s own demise. The tables get turned, it’s no surprise, and in this day and age of cinema no longer considered a plot twist. Every time, you are assured that Bond will be the victor in this bout of world domination, yet always the humble patron who recedes his prize to the one place most of us only wish we could.

Some Bond villains happened to be much more like Bond that I’m sure he would have liked, making him face his own personal demons and inner struggles while still trying to thwart the evil in the outside world.

The following list of the best Bond villains is just fodder for fans eagerly awaiting Spectre, the Bond movie to reprise the most evil and world renowned criminal agency not seen since Diamonds Are Forever. And since Bond inevitably will be running into some of these bad guys again, we take a look back at the most memorable and dastardly wrongdoers who hoped to defeat Bond or at least stop him from stopping them on their quest.

1. Alec Trevelyan – GoldenEye
Talk about formidable. Alec was also a 00 agent with MI6. You might remember as portrayed by British actor Sean Bean, and what a performance this was. Some say the quality of Bonds started to decline after Connery, but the villains undoubtedly only started to get better. There’s so much background with Alec that his relationship with Bond has a tremendous impact on his own demise. Alec makes us question Bond’s own ethics and morality when we see Bond set the timers to three minutes instead of six, ultimately creating a huge paradigm between protagonist and antagonist. Was it for England? No, it was for James.

*Since I will not be repeating films, special mention to Boris Grishenko, who had only believed himself to be invincible, but in fact was not.

2. Francisco Scaramanga – Man with the Golden Gun
There’s cause for concern whenever you receive a bullet with your name etched into it from an anonymous source, especially if that bullet is gold. Most people would head straight to the pawn shop, but not Bond. Also, how crazy must you be to want to dual with 007, only to lead him into a funhouse of mannequins and mirrors? Eccentric, but insane. Scaramanga was portrayed by late actor Christopher Lee, the step-cousin of Bond creator Ian Fleming. With a love for animals and born with a third nipple, Scaramanga definitely was an assassin to be set apart from the rest, he did manage to kill one 00 agent. Nonetheless, with all the tools at his side, including henchman Nick-Nack, Bond was up against one of his most worthy adversaries.

3. Jaws – The Spy Who Loved Me, Moonraker
Many debate the true antagonist of these films to be Jaws, the hired muscle, and for very good reason. Jaws might not have had the brain for world domination, but had the brain for his brawn, and ultimately life. Karl Stromberg and Hugo Drax were merely the puppet masters of their grand schemes. But nothing says badass more than surviving a fight with a shark or a fall from a plane without a parachute. And  subtly enough, the genius behind the character was not just his capacity for murder, but the means by which he carried them out. His secret weapon? Those big metal dentures that could cut through three-inch-thick cable wire. You wouldn’t believe how long it took the studio to create the prosthetic teeth. It was a sad day for Bond fans when Richard Kiel, the man who portrayed Jaws, died Sept. 10. He’s looking down from the clouds somewhere and giving a champagne toast to all the Bond fans out there saying, “Well, here’s to us.”

4. Max Zorin – A View to Kill
When we think of great Bond villains, we automatically recall the ones played by famous actors though maybe not famous at the time. Their excellent portrayal of the Bond villain would cement them into the history of great acting. Christopher Walken might have been the staple Bond villain to come out of Hollywood. Sadly, the film met with some criticism including some from Roger Moore himself, citing that it wasn’t a very Bond-like to have your villain machine gunning hundreds of people down. But times were a changing, and 1985 had long been effected by visuals from Vietnam and other violent films like Rambo in ‘82. Max Zorin was indeed a psychopath and the only villain who preferred blimp travel over jets, trains, and BMWs. His eccentricity was unparalleled. Walken does what he does best – act and be crazy.

5. Elliot Carver – Tomorrow Never Dies
Gentlemen, and Ladies, hold the presses! This just in! FLW by media mogul and classic Bond villain Elliot Carver. Not exactly Rupert Murdoch, Carver still epitomized the dangers and stigma of international media scandal during the turn of the millennium. Portrayed by Jonathan Pryce, Elliot Carver takes yellow journalism and sensationalism to an extreme. His downfall happened to be a common mistake in journalism, impatience. He couldn’t wait to report on the news, so he made the news himself, but also embellished just a tad. In doing so, becomes an extremist out for world domination. Classic. The distance between insanity and genius is measured only by success. Too bad he failed at world domination, only proving he succeeded at being insane.

6. Raoul Silva – Skyfall
Daniel Craig, thou shalt not forsake thee. Here you shall face your second-most worrisome foe, second to the villain in what I can only assume will be the best Bond film ever made – Spectre. And of course, this one too comes with his own island. Grandmother Silva even had her own island. Silva was not just a psychopath, but also a psychoanalyst, one who got under Bond’s skin more easily than most. His words were chilling, mortifying to say the least. What’s devastating here is his relationship with M, the head of MI6. Being a former operative, Silva directs his attacks at the heart of the British counter-intelligence agency, killing M in the process. Did I mention Silva is played by Javier Bardem? No? Well take his ruthless antagonism from No Country and combine it with his villainous character from Pirates of the Caribbean and you’ve got yourself one of the best Bond bad guys of all time.

7. Elektra King – The World is Not Enough
Just saying her name sends shivers down my spine. Portrayed by actress Sophie Marceau, Elektra King was maybe closest to killing Bond and achieving world domination than we give her credit. She already had the fame and world recognition, but also had the prowess to have everyone fooled. King and boyfriend Renard were evil to the core, a true Bonnie and Clyde type. Renard was thought to be the mastermind with a bullet in his brain and a tolerance for pain, who could blame you for this  misconception. Elektra King held the true motive of vengeance against MI6 and M specifically, even capturing M at one point. But letting fate be the ultimate saving grace for our protagonists, King falls short by her ego like every other classic Bond villain.

And if you’ve been paying attention, I’ve put in some of my favorite villain quotes. As cliché as it is to throw in the movie title into your script, none was done so perfectly as in this movie when King’s last words to Bond were: “I could have given you the world.” To which Bond coyly replies, “The world is not enough.” *CHILLS*

One thing is for sure, Christoph Waltz has a lot to live up to. Spectre is expected to hit cinemas worldwide Nov. 6, making it a likely holiday competitor. 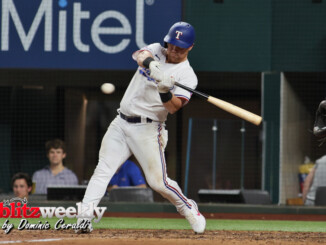 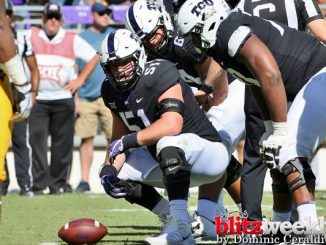 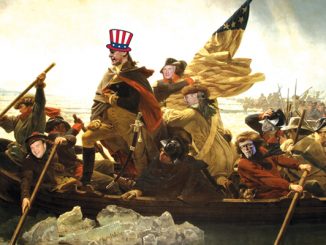