C DANIEL “DC” CORMIER (15-1-0) vs. #2 ALEXANDER “THE MAULER” GUSTAFSSON (16-3-0)
This is a five round fight for the UFC Light Heavyweight Championship. In this fight are two of the greatest light heavyweight fighters to ever compete inside the octagon that both wanted to end the former Champion Jon Jones’ reign as champion, but were unsuccessful. Now they will face each other for the first time to see who really deserves to be the new face of the light heavyweight division. Cormier brings jiu-jitsu and wrestling that has made him not only the current champion, but also one of the toughest fighters to beat inside the octagon. Gustafsson brings boxing, shootfighting and jiu-jitsu that has not only lead him to a great MMA career, but also to become a fighter that will always bring his opponents a fight regardless of the odds. With all the fights that have taken place in the light heavyweight division, it looks like this might be the one fight that could surpass them all and be labeled as the light heavyweight fight of the UFC and with the possibility of becoming a contender for ‘Fight of the Year’. Now some may say that Cormier has the upper hand in this fight due to him being a former Olympic wrestler, which might be true, but one cannot forget just how hard Gustafsson is to take to the ground along with the great reach advantage he has over Cormier. With all that both fighters bring to this fight it looks like this fight will be very similar to the fight between Jon Jones and Alexander Gustafsson at UFC 165 where both fighters stayed on their feet for the majority of the fight and if that is the case then it would be almost impossible to figure out who will win or who won in the end if the fight goes to decision. My prediction: Too close to call.

#1 JOHNY “BIGG RIGG” HENDRICKS (17-3-0) vs. #3 TYRON “THE CHOSEN ONE” WOODLEY (15-3-0)
This is a three round title eliminator fight in the welterweight division. In this fight are two fighters that are literally inches away from a title shot and to prove that they deserve the next crack at the belt they plan to make a big statement in this fight and keep the current champion Robbie Lawler focused on them. Hendricks brings powerful striking, jiu-jitsu and wrestling that has lead him to have a magnificent MMA record, but also became the former Welterweight Champion in which he plans to reclaim the gold soon. Woodley brings jiu-jitsu and wrestling that has made him one of the top dogs in the welterweight division and even given many fighters a run for their money. Now the fight seems pretty even on the wrestling aspect of the fight, but what will set these two fighters apart is their striking, which Hendricks possesses more power to his strikes and could give him the upper hand to victory. Though with Hendricks always having to make such huge weight cuts in between fights, he sometimes lacks the cardio to keep his prime through fights and if Woodley paced himself and let Hendricks wear himself down then Woodley could cause a big upset and earn himself a shot at the title. If Hendricks keeps his body healthy and paces himself he will be able to sneak a knockout punch in the fight without Woodley ever knowing what hit him. My prediction: Hendricks wins via knockout in round 2.

#4 RYAN “DARTH” BADER (20-4-0) vs. #5 RASHAD “SUGA” EVANS (24-3-1)
This is three round fight in the light heavyweight division. In this fight are two fighters that plan to receive a title shot with another victory under their belt. They plan to prove that they deserve one by giving this fight a great performance. Bader brings jiu-jitsu and wrestling that have not only helped him make a great career, but also begin to make an impressive comeback in his career to the point that with another victory could land him in a title shot. Evans brings jiu-jitsu, Gaidojutsu and wrestling that has made him not only a former Light Heavyweight Champion, but also a top contender that always makes his opponents work for a victory. This fight also contains two great wrestlers as well so this fight will appear to be both a feet and ground game, but what could set the level for this fight is the cardio. Evans has some good cardio, but not being in action for two years could have caused his body to lose the feeling of fighting for long periods of time and still be able to function. Though Evans’ great combination of his skills could be the edge he needs to surpass Bader and do some serious damage to him and thus spoil his current streak he has going on. My prediction: Bader wins via submission in round 3.

SHAWN “THE SAVAGE” JORDAN (18-6-0) vs. RUSLAN “LEOPARD” MAGOMEDOV (13-1-0) This is a three round fight in the heavyweight division. In this fight will be two heavy hitters that plan to send a message to the rest of the heavyweight division of the power that they posses. Jordan brings striking power and wrestling that have helped not only out lasted his opponents, but giving him knockout power to where he has knocked out opponents that appear as if they could not be knocked out at all. Magomedov brings kickboxing and wrestling that has won him thirteen out of fourteen fights and even given him impressive knockout power making him that much more dangerous inside the octagon. With both fighters bringing knockout power into this fight, it looks as if the fight will be of who has the stronger chin and can withstand the most punches before falling to the ground. Also a main factor will be the athleticism that the fighters bring, in which case the fight would favor Jordan. Though Magomedov’s style contains more kickboxing than Jordan so if he were to use his legs more than his hands he could possibly cause Jordan to fall to his knees or even put him away with a single kick if he set up the right combination. My prediction: Jordan wins via knockout in round 1.

#6 JESSICA “EVIL” EYE (11-3-0, 1NC) vs. #12 JULIANNA “THE VENEZUELAN VIXEN” PENA (7-2-0) This is a three round fight in the women’s bantamweight division. In this fight are two female athletes that are dying to have a crack at the current Champion Ronda Rousey and with a win in this fight they are hoping it will bring them one step closer to finally facing the most dominate athlete on the planet with the possibility of making a name for themselves. Eye brings great striking that has made her dangerous on her feet and to some, believing that could give the current champion a fight for her money. Pena brings kickboxing, jiu-jitsu and wrestling that has made her effective in knockouts and submissions in just a short amount of time of competing in MMA. Now in the world of MMA it is always crucial to have a combination of many styles of fighting which Pena does, but not so much with Eye. When looking at what each fight brings it looks as if the fight will be an easy win for Pena with her great combination giving her game on both feet and ground. Though if Eye can use her striking to keep Pena from performing any takedowns or submission holds then she could keep Pena at bay and possibly put her away and show why she is the one who can defeat Ronda Rousey. My prediction: Pena wins via submission in round 3. 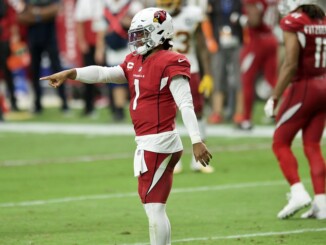 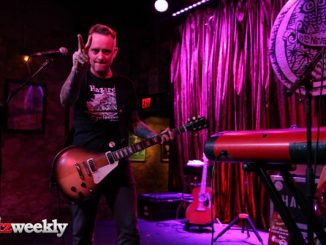