Georges “Rush” St-Pierre (24-2-0) vs Johny “Bigg Rigg” Hendricks (15-1-0)
No one has defended his title for as long or as successfully as GSP. He commands a lot of respect based on his experience and cage etiquette. Don’t let that fool you though, GSP and his grape smugglers are on a mission to quiet all naysayers. GSP holds almost all the cards in this fight. He has reach, can take punches, and an all-around better ground game than Hendricks. The variable will be heart because that is what Hendricks is bringing into this one. “Bigg Rigg” is a local DFW product and has been asking for this match for a long time. An up-and-comer finally given his due. He is lightning fast and has fists of fury. My prediction: As much as my heart would like to see an upset, it just isn’t happening here. This will be the fight of the night and GSP will come out on top by simply biding his time and taking this one to the mat. Ground-and-pound will be the result. Hendricks will have to get back in line down the road.

Rashad “Suga” Evans (23-3-1) vs Chael Sonnen (29-13-1)
Sonnen comes into this fight with a lot to prove based on his most recent battles. The question is: Will his mouth bring  out the best in Evans. Sonnen is the better of the two when it comes to takedown and submission offense. Heck he even has some pop in his punches. Evans though is no stranger to the ground game and has better defense. He’ll prefer to stay on his feet though and play connect four on Sonnen’s face. See his previous fight with the Iceman – leg kicks and punches. He has the longer reach and better striking ability than Sonnen. This fight will be a good one with it basically being a coin flip. My prediction: As much as I like Evans, Sonnen finds a four-leaf clover and wins this one because he succeeds in getting this one to the ground and will be awarded the decision. Bank on it!

Rory “Ares” MacDonald (15-1-0) vs Robbie “Ruthless” Lawler (21-9-0)
Lawler is on his second stint in the UFC. His first stint back in 2002 will be remembered for his brutal knockouts. Now that he’s back, nothing much has changed. Ask Koscheck or Voelker. Look for Lawler to bring some serious firepower to this one. He has a strong chin so he can take what he dishes out. He isn’t known for his takedowns but is for fast finishes. MacDonald on the other hand has a few advantages on his side, better submission offense and better takedown defense. He also has the reach advantage if he decides to stand and bang for a few. My prediction: This one will go the distance with a nice methodical, almost machinelike precision in execution by MacDonald to a ground war. Lawler doesn’t stand a chance when he isn’t on his feet. Winner via decision…MacDonald. 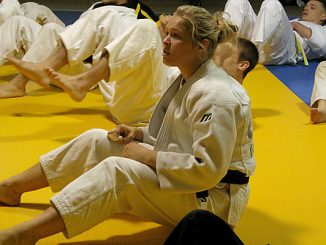 The Best of Sports’ Worst Fans