The National Football League’s 48th Super Bowl is coming upon us quickly, and after a much needed two weeks off, the Denver Broncos and Seattle Seahawks square off in what might be the most anticipated Super Bowl match up since it’s creation. No one knows for sure who will pull out the win here, but my gut is going with the Denver Broncos even though the statistics favor the Seahawks.

Seattle’s defense leads the NFL in almost ever category and will face it’s biggest threat so far, the Denver Broncos. An offense filled with extraordinary talent at every position that broke NFL offensive records almost on a weekly basis, a team that has scored more points [606] and more touchdowns [76] in a season than any other team in NFL history, and lead the league in YPG with a staggering 457.3 YPG. So how will Seattle’s defense hold up against this offense juggernaut? After all,  they are only allowing an average of 273.6 YPG, and also holding opposing QB’s to an average of 172.0 passing YPG. We’ll just have to wait and see now won’t we?

Now onto my reason for picking the Broncos in this one, well it’s simple: Peyton Manning. (My choice has nothing to do with the fact that I am a Niners Faithful. Honestly.) With that being said, Denver will out duel a surging Seattle Seahawks team, with Peyton Manning hitting Demaryius Thomas for the game winning touchdown. I can’t honestly say any other player in this game deserves a Super Bowl win more so than Peyton Manning. It’s the ultimate way to cap off an amazing, bewildering, indescribable, monumental and record shattering season this late in his career, and as I have noticed over his almost mythical career, he never fails more than once.

So with the team and fans from all over the league behind him in this (what could possibly be his last game in his career), I believe that Peyton Manning will get his second ring, and along the way help his teammates cement their place in the NFL as legitimate contenders.

Side Note: Anything in the “( )” is just a personal opinion and should not be taken as evidence, rumors, and/or facts. 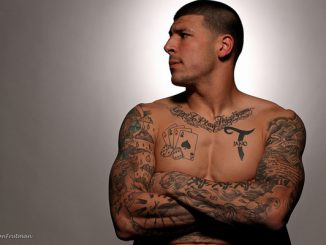