The Boston Red Sox landed a very highly touted infield prospect that looks to be a big part of their future.

Moncada agreed to a deal with Boston that will see him be paid a $31.5 million signing bonus. That bonus will make the franchise have to pay a 100 percent tax for going over their international bonus pool money, which brings the grand total to sign this prospect to $63 million. Now you might wonder why a team a caliber of the Red Sox would give so much money to a player who has yet to even take their first at bat with the organization but it is based on the high ceiling of Moncada.

More and more teams are now going to the international market to search for young talent that has the potential to fill a very important need for the big club for many years to come and at a cost that would be less than trying to sign a free agent that might be more experience din the major leagues.

You can look to the success of recent signings from Cuba in Yasiel Puig and Jose Abreu to see why more clubs will take a gamble to some extent to try and develop the next superstar for the team and the sport. Moncada also is an infielder which is a position that has been difficult for teams to fill for years.

It is not easy to find and develop prospects consistently that can help an infield out. It certainly does not prohibit from a team feeling as if they must look outside for that last player two to shore up their infield in terms of defense and production with the bat.

The 19 year old from Cuba was very highly sought by a number of different teams in the major leagues. He worked out for a many different teams as the race to sign him became intense. It was reported by Jon Heyman of CBS Sports that his reps were in talks over the weekend with the Yankees, Padres and Red Sox.

The Yankees made a strong offer to the 19 year old as it was reported they offered him $25 million and were willing to bump that up to $27 million. That would be their ceiling for his services. Here is what Yankees GM Brian Cashman said about their bid for Moncada:

“I don’t think anybody disagrees with the ability. I would doubt there’s any disagreement on the scouting assessment of the player. It just comes down to how much money you were willing to commit. We put our best foot forward yesterday, it was a significant offer, but it fell short of where he’s rumored to have signed.”

New York made their best effort to land him but in situations like this, you just never know what the true dollar amount that the prospect and his reps are thinking of getting to until they sign with a specific team.

Red Sox had some more room to work with financially and were able to give Moncada that extra $4 million he was able to land and get. The Yankees might have swung out on this prospect but no question they will be in the running for more in the years to come.

Moncada has a very high skill set, one that will need to be worked on, as all prospects must do, but it is that potential to work and shape his game to a point where the Red Sox can one day call him up and have him be a factor for the club and be a homegrown star for years to come.

He is projected to be a 20 home run kind of batter with an ability to play second and their base plus the outfield. That would make him an even more valubale player for Boston to have, one who can be called upon to help at many key area in the field.

Too Late the Hero 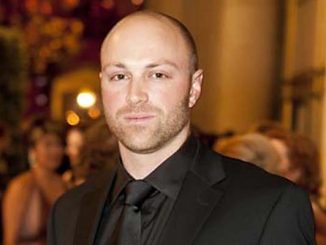 Finally a Good Note for the Rangers