Woods said his back flared up after an awkward shot out of the bunker on the sixth hole. He failed to make a birdie in the final round for the first time in his legendary PGA Tour career, with his 78 being his worst Sunday score ever. The No.1 player in the world is only scheduled to play in one more event  (Bay Hill in two weeks) before the Masters.

“That’s what set it off and then it was done after that,” Woods said, of his shot on the sixth hole. “Just see if I could actually manage and keep the spasms at bay.”

Reed, the other golfer clad in a red shirt and black pants, will improve to No. 20 in the world ranking with his victory in the event that featured the strongest field thus far this season. His win at Doral comes on the heels of victories at the Wyndham Championship last August and the Humana Challenge in January. Since 1990, only Woods, Phil Mickelson, Rory McIlroy and Sergio Garcia had three PGA Tour wins before turning 24.

With the limited field event at Trump National Doral, the rest of the PGA TOUR teed it up at the Puerto Rico Open at Trump International. 26-year-old Chesson Hadley withstood 25 mph winds and birdied his final two holes for his PGA Tour win.

“It’s incredible. It’s a dream come true,” Hadley said. “This is what you dream of as a 6-year-old out in the bunker, hitting bunker shots on the range. It hasn’t sunk in yet. It’ll be nice to sleep on it and wake up in the morning knowing I’m a PGA Tour champion and nobody can ever take that away from me.”

Hadley not only earned $630,000 for his win, he also gets a two-year PGA Tour exemption and spots in The Players Championship, PGA Championship and Hyandai Tournament of Champions.

Next up on the PGA Tour is the Valspar Championship at the Innisbrook Resort near Tampa. Notables in the field include Ernie Els, Jim Furyk, Retief Goosen, Matt Kuchar, Bill Haas, Brandt Snedker, Webb Simpson and Jordan Spieth.

“It’s a great win for San Diego,” Mayor Kevin Faulconer told the San Diego Union-Tribune. “The fact that we’ve been selected again speaks volumes as to how this city came together and put on a world-class tournament in ’08. It just shows, from the USGA’s standpoint, that we know how to get it done.”

— No. 1 Inbee Park won the World Ladies Championship for her first title of the year. Park had a five-shot victory over No. 2Suzann Pettersen in the Ladies European Tour event.

— Web.com Tour player Derek Fathauer shot a 12-under 59 Tuesday during a practice round for this week’s Brasil Champions. He made 11 birdies, an eagle and a bogey at the Sao Paulo Golf Club in Brazil. 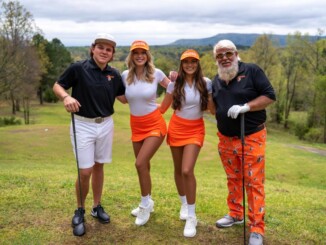 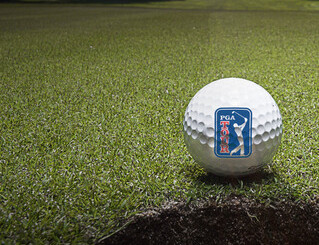