Denver Nuggets Struggle to Stay Afloat
I was surprised to see how the Nuggets competed against some of the best teams in the Western Conference. The Nuggets finished the week 1 and 3 but, competed in every game. As a fan, you want to see your team fight through tough loses, bad shooting games and being consistent on defense. Denver is undersized and in most cases out maned. Let’s look at this past week’s scores and highlights.

November 17 – Nuggets 115 – Pelicans 98 – Win
Danilo Gallinari has established himself as the scoring leader for the Nuggets so far this season. He has led the team in scoring in most every game and he’s averaging 18 points a game. In the Nuggets win he scored 32 points and grabbed eight rebounds. Gary Harris played a solid game against the Pelicans back court holding Jrue Holiday to 10 points. An injured Anthony Davis only played six minutes for the Pelicans but failed to score a point in the loss. Kenneth Faried ate glass (rebound) when the team need a crucial board to seal the win.

November 18 – Spurs 109 – Nuggets 98
On a night where the Nuggets disappeared in the first quarter, they made a run in the 3rd quarter to cut the lead to a nine point deficit. However Tony Parker turned back the hands of time to help the Spurs pull off an 11 point win. Kenneth Faried led the team in scoring with 15 points and Gary Harris also poured in 15 points on 6/15 shooting. The Nuggets showed promise, but Gregg Popovich has an ace up his sleeve at all times. The Spurs have always been a good team and the Nuggets played a good game but came up short in the 4th.

November 20 – Suns 114 – Nuggets 107
Denver lead this one from the beginning of the game as they scored 29 points in the 1st quarter but began to sputter in the latter part of the 2nd quarter. Nuggets rookie point guard Emmanuel Mudiay scored 26 to lead the team in scoring, while Gary Harris chipped in 20 in the loss to the Suns. No one could stop Suns point guard Brandon Knight. Knight scored 38 points and added 11 rebounds in the Suns victory.

November 22 – Warriors 118 – Nuggets 105 – Loss
Denver kept it somewhat close in the first half. The team scored 35 points in the second quarter alone to trail the Golden State Warriors by five points at the half. Harrison Barnes is a quiet assassin. He’s the x factor in every game. The Nuggets kept it close but too many scorers for the Warriors was the factor. Steph Curry is virtually unstoppable. The Nuggets will soon learn to let the superstars from each team get their numbers but stop the role players from gaining confidence. The Nuggets are growing up right before our eyes. They never give up! 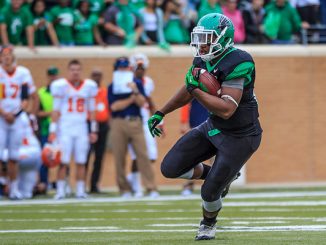 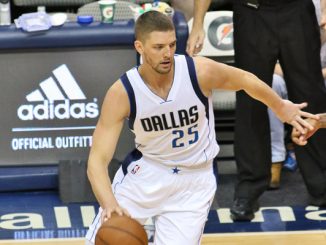 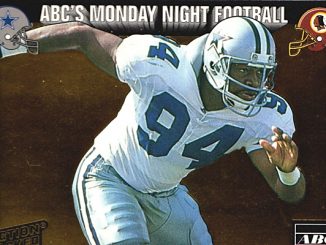