What should fans expect to see on Thursday?
I’d like to say that we won’t see starters, but this defense needs as many reps as they can get in before the San Francisco 49ers come to town for the season opener. Because Anthony Hitchens, Bruce Carter, and Rolando McClain are all going to get big reps, because they all need work in their own unique ways.

Offense
Devon Street – At Pitt, he really knows how to adjust to the ball in the air, and he catches everything thrown his way, but hasn’t shown much during the preseason, if he’s featured in this game, it could get unfair.

Joseph Randle – It’s between Randle and Ryan Williams, and Randle has the year in the organization over Williams, but Williams still has potential within him. It’s going to be their game, and it’s going to be a good game.

Defense
Orie Lemon – This is a player that has been floating around the Cowboys for a few seasons, and is likely to be a cut if he doesn’t show. It’s an open door though…

Ken Bishop – Bishop is likely to make the roster, but it seems like I haven’t seen him since his horse-collar tackle in San Diego.

Position Groups to watch
Cornerbacks: Terrence Mitchell, Tyler Patmon, Sterling Moore, and BW Webb would all be fringe players, fighting for maybe two roster spots, if the two starters (Carr and Claiborne) didn’t have major bumps in the road during the Cowboys training camp. Patmon showed major play ability, and Sterling Moore is always hanging on to the roster, so Mitchell and Webb need to show something to stay on the roster.

Wide Receivers: A good problem to have is when a team must cut good players. Dez, T Williams, Beasley, and Dwayne Harris aren’t going anywhere. Devin Street needs to show something, so does Chris Boyd. Briscoe and Benford are not going to be around, and that just leaves Jamar Newsome, who has been catching most of everything thrown his way, and LaRon Byrd needs to do something, because it’s a total bottleneck.

A smig and a half about the Denver Broncos
The Broncos in this offseason, went and purchased big players on defense, for this possible “last ride” for Peyton Manning. Aqib Talib, TJ Ward, and DeMarcus Ware were all brought in to shore up an already solid defense, which is featuring a returning healthy Von Miller.

Rousey to Defend Title vs. Zingano at UFC 182 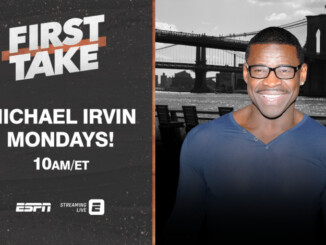