To say the Dallas Stars had a disappointing 2016-2017 campaign would be an understatement.

On the heels of a monster 2015-2016 regular season, in which the team finished with the Western Conference’s highest mark for points (109), the team was decimated by injuries and inconsistent play in the following season. As a result, the point total dropped 30 points (79) and found themselves on the outside looking in at postseason play.

Management moved quickly to ensure that would not happen again. First thing Jim Nill and company did was make a coaching change. Out goes Lindy Ruff in comes (again) Ken Hitchcock. Ruff left after four seasons, two in which resulted in postseason play including the aforementioned Western Conference leading 2016-2017 season. But the success was short lived and management felt now was the right time to make a move.

So they made the move for a familiar name and a coaching hero for Stars fans. Ken Hitchcock returns to Dallas for his second tenure with the club. His first tenure resulted in the franchise’s first and only Stanley Cup Championship. Obviously that alone gets Stars fans excited for the return of Hitch. But more importantly getting Hitchcock back brings the prosperity of something this team has been lacking, defense. Hitch is notorious for getting forwards to play on both sides. He groomed Mike Modano into that role during the Stanley Cup run. He continued that plan with the edgy, stout defensive St. Louis blues team in recent years.

But head coach was not going to be the only move the club needed to make this offseason. Going into this season, they knew they had to do something about their two goaltender system of Kari Lehtonen and Antti Niemi. But both players still had years remaining on their contracts that would keep them on the team for at least another season. However, Jim Nill was not going to let that dictate a problem that need to be addressed. As a result, the club made a move for former Tampa Bay Lightening goaltend Ben Bishop and bought out the remainder of Niemi’s contract.

The move for Bishop is yet another big offseason acquisition for Nill. The 30-year-old Denver native goaltender stands at six-foot and seven-inches, tallest in the league at the position. He has a career goals against average of 2.32 and a .919 save percentage. He has tallied a 21-13 record in the playoffs and averages a minimal 2.09 goals against.

Getting Bishop puts a true number one goaltender in between the pipes. He is a proven top goaltender in this league and now paired with Lehtonen, gives the Stars what they were looking to protect their net.

The front office didn’t stop their, however. They went out and signed forward Alexander Radulov from the Montreal Canadiens to a five-year, $31.25 million contract. Radulov is expected to compliment the Benn/Seguin line at the top. Before his last season with the Canadiens, Radulov was a prolific scorer in the KHL. He brought home hardware as the Golden Stick Award winner, most valuable player in the KHL, four times and repeatedly lead the league in scoring. Now, the 31-year-old left-handed winger solidifies the Stars’ top line as one of the best trios in the league.

Season Prediction
It was another busy offseason busy offseason for the Stars front office and it had to be. With the changing of the guard at head coach and another move at goaltender, the front office is running out of things to change on this team. Signing do not start to point to more consistency, then it may be time for management to take a hard look into the mirror.

But there should be no reason for that to happen. This is no longer a team filled inexperienced prospects. Guys like Brett Ritchie, Mattias Janmark, John Klingberg and Stephen Johns proved they can play in this league. The young guys are surrounded by a core of veteran leadership, including newly defensive minded center Marin Hanzal And you cannot go wrong with leaders from the two big names up front of Tyler Seguin and Jamie Benn.

You cannot predict injury in any sport. Last season the Stars had core players banged up before the season even started. But if all plays out relatively smoothly, the Stars are build for a successful season and another playoff run.

Playing for more than the game
The Dallas Stars will be playing with heavy hearts all season long as the radio and television play-by-play commentator, Dave Strader, passed away on Sunday. Strader, who had been with the team since 2015, was diagnosed with rare bile duct cancer just over a year ago. “The Voice” commentated in the NHL for 32 years working for the Detroit Red Wings, Florida Panthers, Phoenix Coyotes, Fox, ESPN and NBC. The Hockey Hall of Fame rewarded Starder with the Foster Hewitt Memorial Award in April for his astonishing work in broadcasting. 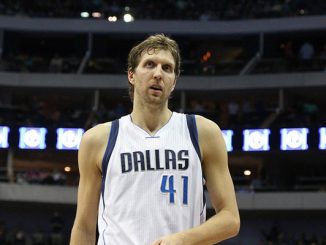 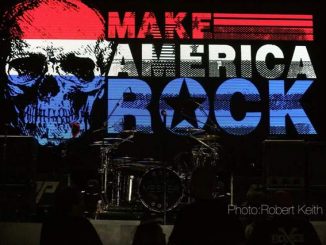 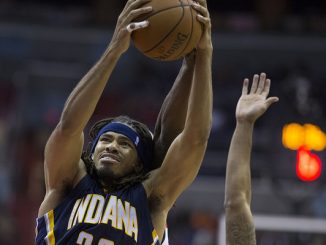