The Dallas Mavericks came back from the All-Star break sluggishly after getting clobbered by the Oklahoma City Thunder, 104-89, in the Mavs’ first game back. Back-to-back victories, a massive home win against a division rival Houston Rockets team and another home win in a successful Amar’e Stoudemire debut have the Mavs back on track.

Stoudemire proved he has a lot to bring to this deep Mavs squad. 14 points in just 11 minutes of action in the 92-81 win on Saturday night against the Hornets was just what the Mavs needed. Amar’e spoke to reporters after the win about the fans’ reception of him at the AAC.

“The fans were very joyful tonight”, Stoudemire said. “They gave me a lot of energy, it channeled right to me, and I was able to capitalize n it.”

The Mavs will have to play their next two games without the services of Chandler Parsons, who is out with an ankle injury. Despite that, the Mavs look to take this winning momentum into this week where they will face some of the best of what the Eastern Conference has to offer; the two best teams in the East to be exact.

First, the Toronto Raptors come to Dallas for their only trip to the AAC this season. Toronto is coming off of a loss to the New Orleans Pelicans in a game in which the Pelicans didn’t have Jrue Holiday or Anthony Davis in uniform. The Mavs lone previous meeting with the Raptors this season was a wild one. Dallas won that game 106-102 thanks to Monta Ellis scoring 15 of his 30 points in the fourth quarter to propel the Mavs to the big early season win.

The Raptors are led by All-Star point guard Kyle Lowry and the high-flying Demar Derozan. The Mavs caught a break when these two teams last played in November when Derozan went down with a groin injury in the third quarter and did not return. He’s back now healthy and the Mavs will have their hands full with him. Also, if Rajon Rondo can keep Lowry somewhat contained, and not get brutally out rebounded like they have been as of late, Dallas should win this heavyweight battle.

Dallas will then travel to Atlanta for a second night of a back-to-back. The Atlanta Hawks are one of the biggest surprises of the NBA this season. The Hawks are 44-12 and have one of the deepest, most complete rosters in the league. They have four All-Stars for goodness sake. The two main big men for Atlanta, Al Horford and Paul Milsap were both All-Stars and can cause all sorts of havoc for opposing defenses. Tyson Chandler will need some help from Amar’e and Al-Farouq Aminu in trying to slow them down. Small forward Demarre Carroll is their X-Factor. He’s not one of the All-stars on this team but he does a lot of things well. He gives this team a little bit of everything. He puts up almost 12 PPG, he rebounds, plays tough defense, and can hit the open three, shooting early 40% from three point land this season. Speaking of three point shooting, Atlanta has one of the best shooters the NBA has ever seen in Kyle Korver. Korver is shooting over 50% from three shooting nearly six three pointers a game. Lastly, this team is led by their point guard floor general Jeff Teague. Averaging 16.8 PPG and 7.3 APG, Rondo will once again have to deploy his defensive mastery to try and limit this high powered Atlanta offense.

The Mavs then get a few days off and come back home to play the Brooklyn Nets on Saturday night. Parsons should be back and ready to go for this game and will look to redeem himself from his performance the last time these two teams played. Parsons was 2-of-11 with five points in the wild 96-88 overtime Mavs win back in January. Nets Center Brook Lopez destroyed the Mavs with 22 points and 13 rebounds in that game and is my player to look out for.

Usually a week where no Western Conference opponent is on your schedule would be a good week. That’s not the case this week for Dallas and a pair of wins against two of the top title contending teams from the East would be more than just statement wins heading into March. 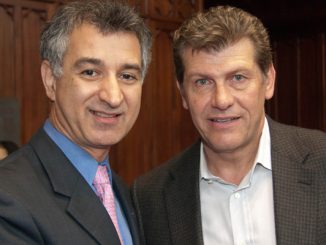 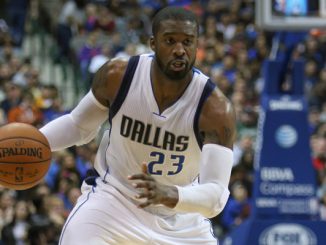 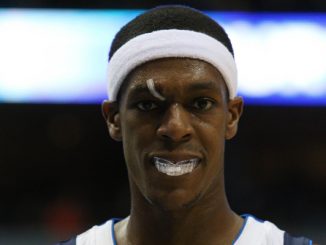