Even before the first green flag has fallen for the start of the 2015 NASCAR Sprint Cup season, this has already become a year of significant change for Dale Earnhardt Jr.

Not only does the defending Daytona 500 winner have a new primary sponsor on his No. 88 Sprint Cup car in Nationwide Insurance, he also has a new crew chief, Greg Ives.

Ives, who led Chase Elliott to last season’s Nationwide Series championship, replaces Steve Letarte, who left Hendrick Motorsports at the end of 2014 to join NASCAR on NBC and NBCSN’s NASCAR America as an analyst.

Now comes word that half of Earnhardt’s six-man pit crew on the No. 88 for the 2015 Sprint Cup season will also be new.

Mayo, Lineback and Harrell are not entirely strangers to working for Earnhardt or HMS:

* Lineback has likewise served in a backup/reserve role in the past as both a tire carrier and gas man for Junior and Johnson. He returns to HMS after fueling Justin Allgaier’s No. 51 Sprint Cup ride in 2014.

* Harrell was part of the HMS pit crew developmental program and was promoted to a backup/reserve role for both Earnhardt’s and Johnson’s teams at the end of last season, according to Fox Sports.

One other addition/change was also announced for Earnhardt’s team: Travis Mack will become car chief on the No. 88, replacing Jason Burdett, who will serve as crew chief for JR Motorsports’ Regan Smith in the Xfinity Series in 2015.

Mack was previously car chief at JR Motorsports for Smith in 2013 and last season with Elliott.

Returning to the No. 88 is a homecoming of sorts for Mack, who previously worked as a mechanic on Earnhardt’s Sprint Cup team before moving to JRM. 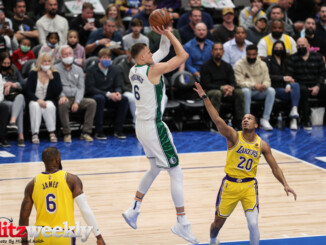