For those who don’t know, Simeon Rice grew up playing football, or some might say grew up through playing football, and being the relatively young man that he still was by the time he was ready to retire from playing football, he turned to the art of filmmaking. Being no stranger of the limelight, Simeon quickly adapted to this new skill set by graduating from one of the most intensive and renown schools for film in the nation. But when did he decide that making movies was next on his list of things to conquer in life?

I wanted to learn film when I was playing football, I want to say right after I left Arizona and when I got to Tampa Bay. I got interested in the filmmaking process but I really didn’t have a stronghold on it or know much about it. I had some projects but nothing really panned out. I promised myself when I was playing that after I am done I’m going to film school. I wanted a structural environment where I could learn without be protected or in the fray. Ultimately, when I retired, I was just down and depressed because I still wanted to play. But I knew it was the time I needed to take out for myself and invest in myself and learn the art of filmmaking and the film business. That’s when I enrolled in the New York Film Academy.

Simeon looked for a place where he could immerse himself in making films of his own and NYFA is definitely a great outlet for that. I wondered what did he like most about going to school this time around: not having to prioritize athletics of school work, not having to turn in GPA reports to prove play eligibility, or just getting to study something that you really wanted to study. It’s definitely the last one.

I enjoyed the fact that I knew I was mature now and I just, man, I get it. I’m going to school with an agenda. I’m going to learn. I’m going to grab and absorb as much knowledge I can about what I actually want to do. It’s more purposeful now. I’m actually learning a game I want to play. I wanted to actually learn the environment that I want to be involved with, so what better structural way to do than go to film school. Especially if you want to get into films, where you don’t have to be exposed to losing money or all the different sharks in the business and end up having disdain for the business if you’ve been taken advantage of.

It’s [NYFA] a very protected learning environment and there are people there who are there to inundate you with information and you can ask as many questions as you possibly can. You can discover yourself in this realm, this facility that won’t cause you any heartache or pain, only the pain of education and learning. So when determining your agenda of receiving everything you are looking for and hoping to achieve and even something that you don’t imagine you’ll get.

Some athletes despise the media, but you took another route and decided to pursue it as a new career path. Do you find that there is a dividing line in operating between the entertainment industry and the sports industry?

It’s hard to leave what you are. The sports for me will never be left behind because it’s always in me. Sports is athleticism. Being an athlete is who I am. My son is going to the University of Nevada on a basketball scholarship and he’s a super talented kid. I’m still waiting on them to give me the call for the Hall of Fame. That’s still relevant and still in play. And they keep apologizing saying, “Next year. Next year. Next year.” So those things are always going to follow me. It’s not about diluting and losing aspects of myself. It’s building aspects. It’s aided by the thought process of talent and greatness making room for itself. What is my story? What values me more? My life values… you… me. It brought me back to where I am now. It’s not going to be dilute me down if I win an Oscar. It will be just another part of the story. You can do anything in this world you just have to have the mindset for it. You’re only limited by your thinking. I’m not diluted down as a player. It just increases who I am as a human being. We have the gall and audacity to continue to find greatness in ourselves and to continue to have ambition. We don’t have to apologize for that if you continue being fearless and letting that be your message telling who you are as a human being.

Unsullied is Rice’s story that got crowdfunded so he could bring it to the big screen and show it to the public. He screened it first in his hometown of Chicago to a packed house and he screened it again a few days later in Tampa. It’s releasing this week to the public nationwide.

It’s been a long process making this film and getting it out there to the public. What’s it like for this thing that you’ve made and have been sculpting for so long finally come to fruition?
It’s blissful, it’s utopia, it’s euphoric, it’s nirvana. 25,000 films are made a year, with pretty much only 5 indie films that reach the theater platform, mine being one of them. I feel more than blessed. I’ve worked hard for this moment. I’ve prepared. I’ve done everything I possibly could to tell the tale that excited people and to thrill people and to leave them on the edge of their seat. My agendas and my goals, I can pretty much check off. I’m more than excited. My ambitions, my hopes, and the results, I wish are that people go see this film. Whether they like it, love it, or feel indifferent. Watch it and tweet back to me what they think. @Simeon_Rice and tell me how you feel.

I look at it like I am representing the people. I’ve played on a platform, a main stage, in packed houses and the Super Bowl. In front of X amount of thousands of people, and it all still comes down to that the fact that I am of the people. I am a reflection of those who had a dream and to those who followed through with a passion and who were able to execute their hopes and ambitions. Now I just want everybody else to come out and celebrate with me by eating some popcorn and drinking some soda or whatever have you and watch this movie and give me some feedback.

You wrote Unsullied with a little bit of help from John Nodilo who you met at the New York Film Academy. What is your writing process like?
My process begins like a puzzle. Imagine we are in a room, me and yourself, and we are sitting down with a whiteboard in front of us. We just start asking questions and writing them down. What is our story going to be about? You propose a ‘what if’ scenario and we go down the line of that ‘what if’. And we throw out all these things and it becomes more of a story development. We come up with questions and answers and more questions and answers until we start coming up with answers we like and allowing the story to migrate itself wherever it goes. We leave it open ended because we want it to grow and feel natural and pure. I don’t have any foreseeable blocks. I don’t know where the story is going. No agenda in that realm. I like to create a story that build on itself.

You direct, produce, write, and I’m sure whatever else you can find to keep you busy. Is there anything you consider tedious or obnoxious about the filming process? What do you enjoy about film making the most?
All the people that come with it. I don’t like the small mindedness when it comes to filmmaking. One cast person told me black girls don’t translate in movies, or at least that’s what I was hearing. That’s such a limited perspective. And it’s not murderous racism, it’s just a perspective. You might not even know it exists. To me they are saying everyone’s thinking is limited. Now I’m thinking stereotypically. I want to break down those stereotypical ideas because once you start labeling people you are going miss the real people that fit the roles you should have been looking for and you will be shocked. They say you can’t do a film with all new actors, but they did it with N.W.A in Straight Outta Compton. Look at Paul Giamatti. He didn’t carry. No one knew who those kids were, but they were the stars of that movie. It’s a story that was unbelievable. That’s why I have to believe story matters. And when story matters, you get a story of triumph and of overcoming, action and suspense, coming of age, there are so many stories that you couldn’t tell me no one would be interested in even one of them. Hollywood can say whatever they want, but they get snowballed by their own beliefs. City of God is never made if that was the case. Slumdog Millionaire is never made if that’s the case. These films that people create are works of art and are masterpieces where people can draw from them the experiences they are looking for. Yes, we like our stars as well, but I think every star needs their start. They just need their opportunity. This is America.

You’ve said you appreciate the films of Tarantino, Scorsese, and Ritchie, can you specify some of your favorite movies?
I would say go check out Raging Bull, based on a book by Jake LaMotta and a great story. Godfather. And in this day and age, I have to tell you to go see Straight Outta Compton. I tweeted out to F. Gary Gray how inspiring that was. He’s now one of my favorite filmmakers. Training Day, Antoine Fuqua, Denzel Washington. And Wolf of Wall Street.

Are there any big names celebrities you really want to work with on your future projects?
Now that I am coming into my own, I’m definitely starting to see some people on the horizon. I’d love to work with Leonardo Dicaprio. I think he’s dope. Definitely love to work with Leo. I could see a movie with Samuel L. Jackson. I like Michael B. Jordan, he could play a few characters I have an idea for.

So what’s next?
Full Tilt. It’s a story I wrote about back room poker. We have an onset of a bunch of different stories and scripted concepts that we wrote. And once that’s out the door, I can throw my focus back to filling in the next story.

Simeon Rice has taken on filmmaking with the same veracity he used to take on quarterbacks and his career here looks as bright as his career playing football. Being a fan of indie horror myself, look forward to seeing Unsullied in theaters and so far I like what I’ve heard. Unsullied releases in theaters this Thursday, August 27. Check out the trailer below and follow this link for showtimes and tickets. 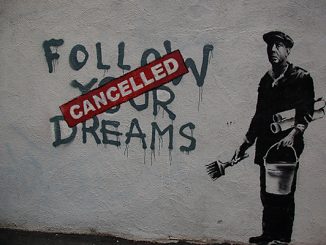 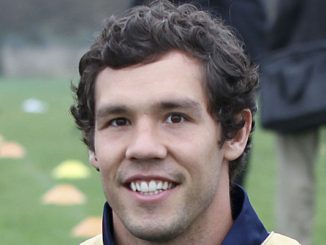 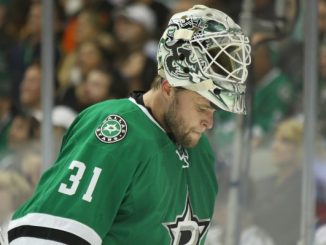