The long awaited “City of Lies” starring Johnny Depp and Forest Whitaker was set for release in 2018 and has now finally made its way to theaters and On Demand and while I was hoping that there would be some huge revelation that would validate the delay,

Depp stars as now-retired Los Angeles police detective Russell Poole, whose obsession with the murder of rap artist Christopher Wallace aka The Notorious B.I.G. essentially cost him his family and his job. His tiny apartment is covered in notes, photos and newspaper clippings as he continues his game of connect-the-dots in his quest for the truth.

Whitaker is reporter Jack Jackson, who joins Poole in the investigation while he is working on a retrospective on Biggie Smalls as the drive-by shooting took place on March 9, 1997 Soul Train Music Awards after-party at the Petersen Automotive Museum and the movie is set in 2015.

Just as Poole ran into roadblocks with his theory that the LAPD was involved on the heels of the scandal involving Rodney King and the O.J. Simpson trial where the department was roasted by Johnnie Cochran while he was on the force, Jackson is stonewalled by his boss who has friends inside the LAPD.

Depp does a solid job in playing Poole as a lonely, beaten-down man in an uneasy friendship with Jackson that comes across as more of a partnership of convenience. Whitaker, reuniting with Depp after they starred together in the 1986 Best Picture winner Platoon, shines in his role as the journalist just trying to find out the truth.

The screenplay by Christian Contreras is based on Pulitzer Prize-winning author Randall Sullivan’s 2002 book “LAbyrinth,” which was written in conjunction with Poole.

Director Brad Furman (The Lincoln Lawyer) presents the film with flashbacks and narration from Depp that gives it more the vibe of a TV movie and makes it much more of a procedural film than the thriller it could have been had it not been so moderately paced.

There are multiple reasons as to why “City of Lies” sat on the shelf for three years and it boils down to legal issues and bankruptcy filings, but now that it has finally arrived for everyone to see, the only mystery left is if anyone will indeed care enough to give it a viewing.

“City of Lies” is currently available for rental or purchase on Amazon Prime. 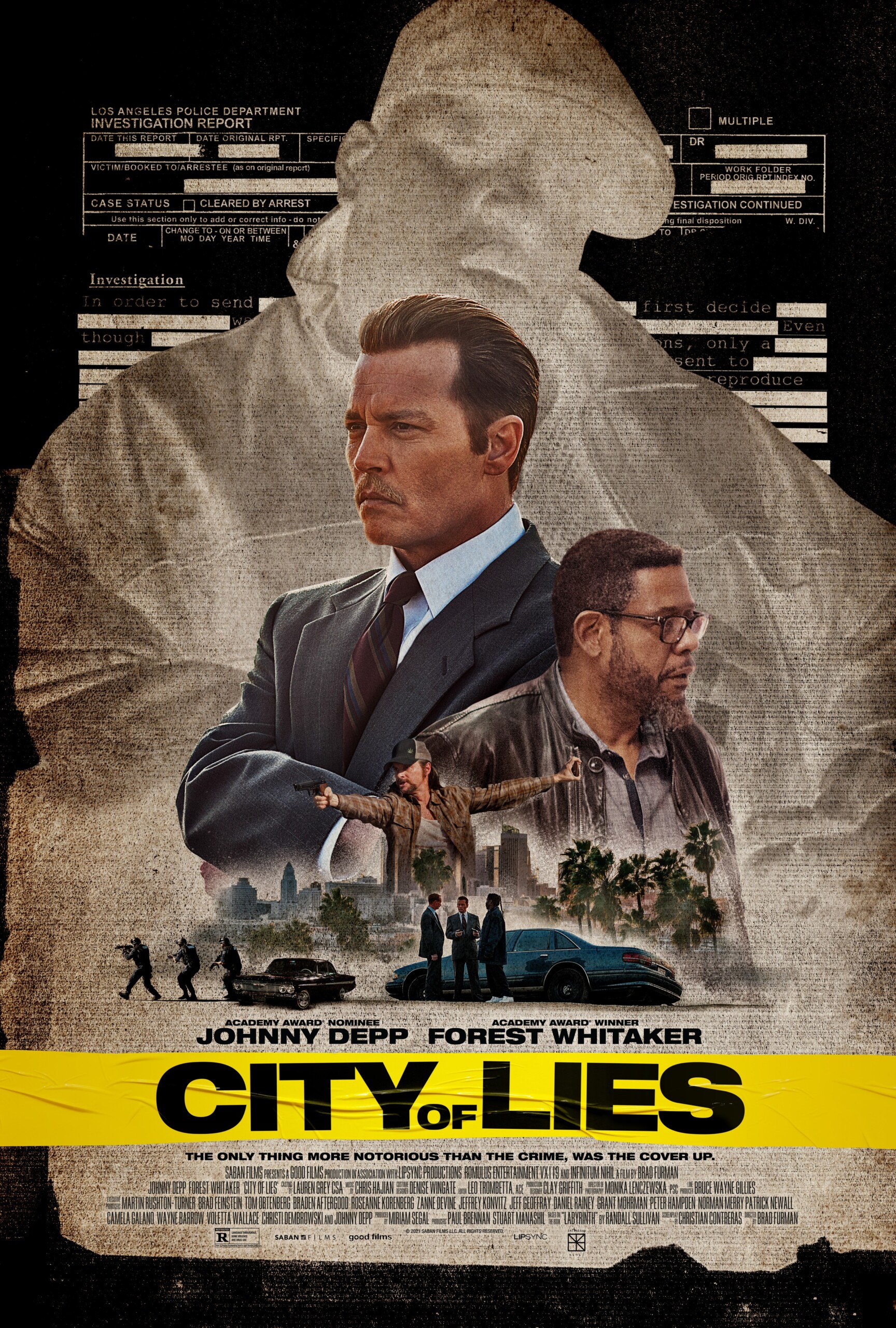 Movies That Just Missed Being Made